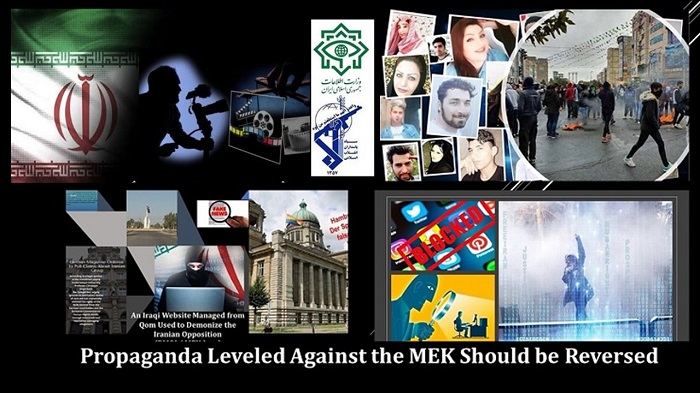 The report below appeared in the media outlet “Iran Probe,” and outlines the reasons for the Iranian regime’s fear of the MEK as has been shown by their demonization campaign and the release of movies discrediting The People’s Mojahedin Organization of Iran (PMOI / MEK Iran).

The MEK has played key roles in recent protests and these have happened due to the decades of oppression imposed on the people of Iran through the regime’s Islamic fundamentalist approach.

Anyone from MEK who has played a leading role like Navid Afkari has been wiped out of existence due to their beliefs. Khamenei hasn’t been afraid to admit the strength and popularity of the MEK but his response is to suppress without question and take whatever it takes to eliminate any opposition.

One of the methods the regime has been using is the production of television series and movies that tout the MEK as being dangerous. It uses punishments like executions to discourage people following the MEK, including the younger generation, as they are the ones who are most likely to persist until the regime has been overthrown. The whole propaganda material has included 370 films, series, and movies against the MEK using its repressive organizations such as the Revolutionary Guards (IRGC) and the MOIS. The following is just one example.

“Shahrag,” which had 30 episodes, was summarized and was said to be about the turbulent years following the 1979 revolution. It suggests that an evil force is present in Iran and that it is the MEK.

The state-run Fars news agency which belongs to the IRGC wrote recently: “In the sequence that a bomb is planned in the parliament, one of the actors tells one of the members of the group to come, and he says I have another job, and he fights with him. The question is: what is your job at the time you must do military work? One should advise our friends that if you want to make a story about [the MEK], at least do some research in detail, rather than copying what you saw in other movies.”

The question remains as to why defame the MEK and the answer is because the MEK has refused to let sleeping dogs lie when it comes to the perpetrators of the 1988 massacre who have never been tried for their crimes.

What is becoming increasingly important is the regime’s cover-up of the 1988 event which the younger generation will no longer accept. This growth in support for justice has had a great toll on the regime so they have tried demonization campaigns to get people of today’s generation to forget about the past.

Recently, Mohammad-Reza Shafie, who produces “Shahrag,” admitted to the Tasnim news agency that the story was imaginary and mostly based on lies.