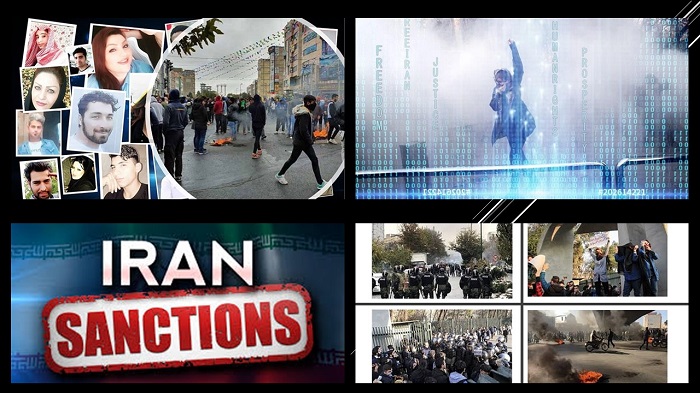 Some 300 Iranian communities supporters of the National Council of Resistance of Iran (NCRI), and the People’s Mojahedin Organization of Iran (PMOI / MEK Iran), around the Western world, have written an open letter calling for the world to support the Iranian people’s fight for freedom and democracy as the Iranian regime intensifies human rights abuses and terrorism.

They want the United States, Canada, Europe, Australia, and more to impose sanctions on the regime and openly support the people’s desire for regime change.

Excerpts from today’s trans-Atlantic summit on Iran Policy:
– #NoImpunity4Mullahs, time to hold Iran's regime accountable
– support the people of Iran & their Resistance for a #FreeIran2020
– impose UN sanctions on Iran
– demand of regime to #DisbandIRGChttps://t.co/6jYC8lP8aK pic.twitter.com/kvW89Wh4R2

The letter read: “During the uprisings of 2017, as well as in November 2019 and January 2020, the Iranian people expressed their desire to overthrow the regime with the slogans ‘Death to Khamenei, Rouhani,’ ‘Reformist, principlist, the game is over,’ and ‘Death to the oppressor, be it the Shah or the leader.’”

This shows how the Iranian people are frustrated by the regime wasting the country’s money on proxy wars, missile programs, and more, whilst the majority of Iranians live under the poverty line.

During the 2018 uprising was taking place, Ali Khamenei, the supreme leader, named the People’s Mojahedin Organization of Iran (PMOI / MEK Iran) as the chief protagonists, signing a death sentence on anyone who might have been associated with the organization.

The letter read: “The Iranian people need jobs, housing and a minimum standard of living, which have been denied from them during 42 years of corrupt and plundering dictatorship.”

The Iranian communities showed support for disbanding the Revolutionary Guards (IRGC), which is the regime’s main weapon for suppression and terrorism, citing their corrupt control of the economy as one reason.

They wrote:  “The IRGC’s hundreds of billions of assets wholly belong to the people and must be used to improve the economic situation and to fight the coronavirus that is massacring the people.”

Coronavirus, according to the Iranian opposition (PMOI / MEK Iran), has taken the lives of over 108,800 people throughout Iran.

More than 108,800 people have died of the novel #coronavirus in 440 cities checkered across all of Iran's 31 provinces, according to the Iranian opposition PMOI/MEK.

How can the international community help?

-Iranians seek to overthrow #Iran's regime
-No to appeasement; adopt a policy of firmness & decisiveness
-Comprehensive sanctions against Tehran
-Money to mullahs will be used for repression at home & terrorism abroadpic.twitter.com/38oYsWiqSw

The Iranian communities advised that supporting the People’s Mojahedin Organization of Iran (PMOI / MEK Iran) and the MEK Resistance Units is the “duty of anyone who is committed to the freedom of Iran”.

They wrote: “The ten-point plan of Mrs. Maryam Rajavi, President-elect of the National Council of Resistance (NCRI), for future Iran, based on a pluralistic republic based on the separation of religion and state, equality of men and women, freedom of expression and belief, equality and rights of all nationalities and followers of all religions and non-nuclear Iran emphasizes the guarantee of democracy in Iran and peace and friendship in the region and the world.”

#Iranian regime has been cracking down on the #MEK and its supporters and their family members. There has been an alarming number of arrests in recent times but the Resistance Units have not been deterred and have continued their activities across #Iran https://t.co/PWte0gavMD