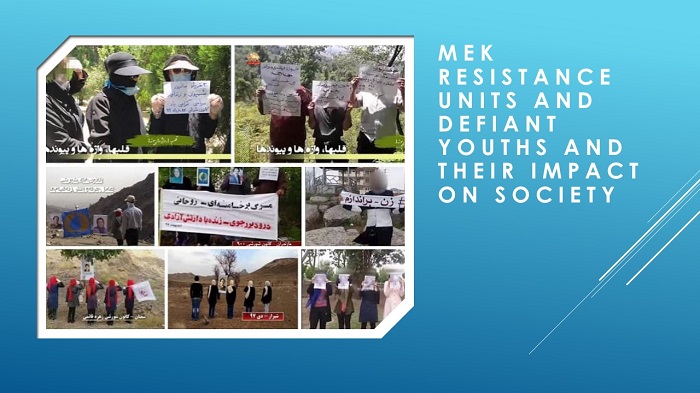 There has been an increase in activities by young Iranians and The People’s Mojahedin Organization of Iran (PMOI / MEK) network inside Iran, MEK’s resistance units recently because the country is eager to support a regime change.

The inexcusable execution of the 27-year-old wrestler, Navid Afkari, did not scare the public. It just heightened their dislike of the regime.

One of the activities that rebellious youth, targeted was the Supreme Court in Shiraz. According to the National Council of Resistance of Iran (NCRI), and (PMOI / MEK Iran), in an announcement they made, the youth set the entrance to the Supreme Court alight.

ISNA, the state-run news agency, in a report at the time, revealed that “the incident took place in the middle of the night after explosives were hurled at the Revolutionary Court’s entrance.” According to Al-Arabiya report the incident was caught on video.

#NCRI said in a statement: “In protest against the criminal execution of #NavidAfkari, the #Iranian national wrestling champion, the defiant youth targeted the court in Shiraz, which issued his death sentence and set fire to its entrance.”https://t.co/ietVueZ81R #MEK #Iran

As well as continually condemning the violent regime for its execution of Afkari, the MEK has also brought to attention the death penalties that have been issued to other detainees which are likely the regime is going to uphold.

Part of the MEK’s protest was writing graffiti and slogans on walls. The slogans echoing through the air included:

It is not just executions that are the subject of the protest movement but other events, such as the demolishing of poor people’s homes have been targeted by Iranian youth who waged an attack on the court in Khavaran which was responsible for upholding the decision.

#MEK #Iran The front gate of the general court of Khavaran district was targeted by the rebellious youth on Tuesday night. The court had previously issued orders to destroy the homes of impoverished people who had created makeshift buildings to have a roof above their heads. pic.twitter.com/l2ZbO7sEqx

The regime has deliberately tried to conceal the true death toll from COVID-19 in the hope that by covering up it would stop any protests. Over 116,000 people have died of the COVID-19 in Iran, according to reports by the Iranian opposition People’s Mojahedin Organization of Iran (PMOI / MEK Iran), But the people are wiser than that and it was long before the COVID-19 outbreak that Iranians were on the streets in November 2019 protesting the regime’s treatment of ordinary Iranians.

Early this year they were encouraging a “general boycott of the mullahs’ sham parliamentary elections.” It couldn’t be much clearer that Iranians are seeking a regime change.

More than 116,000 people have died of the novel #coronavirus in 450 cities checkered across all of Iran's 31 provinces, according to the Iranian opposition PMOI/MEK.

The way youth and the MEK have been behaving towards the regime has scared the regime’s officials. For example, Farhad Bashiri, the regime’s Member of Parliament, reminded members to be on their guard in relation to the actions of young people.

Most Iranians now know that the main enemy of the mullah’s regime is the MEK and it is their resilience that has caused a growth in activities by the youth of the country. It might not be long now until the regime is overthrown.