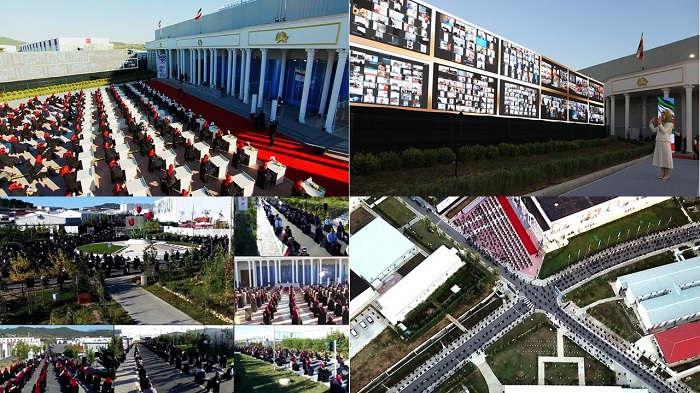 On Saturday, the People’s Mojahedin Organization of Iran (PMOI / MEK Iran) celebrated 55 years of existence last Saturday. The MEK was instrumental in the role it played to oust the dictatorship of Shah Mohammad Reza Pahlavi. Not long after this event, it opposed the theocratic regime that replaced the Shah.  Today, after many years of struggle it has played a key role in Iran’s bid for freedom.

When a qualified organization and a leadership structure does not exist, there can be no fundamental change or transformation- Speech marking the anniversary of the foundation of the People’s Mojahedin Organization of #Iran (PMOI/MEK) #FreeIran2020https://t.co/vIAXcF9Qc7 pic.twitter.com/z8u9UUWsLC

To affirm its importance, it held a global online event last Saturday. It was supported by leading Iranian expatriates as well as members of MEK from inside Iran. Those who oppose the regime came to prominence at the close of 2017 when protests began in Mashhad where the demand was for as regime change and the installation of a democratic government. In fact, for almost a full year into 2018, the level of protests grew and as Mrs. Maryam Rajavi, the President-elect of the National Council of Resistance of Iran (NCRI) said it was a “year full of uprisings.”

There was little doubt amongst the regime who was responsible for these protests, the MEK. In November 2019 the slogan that rang throughout Iran was ‘’death to Khamenei,’’ ‘’death to Rouhani,’’ ‘’death to the dictator’’ and “the game is over.”

When this year’s Iranian calendar year began Khamenei spoke to his Basiji thugs, pretending to be students. He was quite clear that (PMO / MEK Iran), were an ongoing concern. He told the Basijis to stop the MEK’s message when there was any unrest taking place. On one hand, this appeal stands as still further evidence of the regime’s vulnerability in the face of (PMO / MEK Iran), and the nationwide protests.

The report by Amnesty International on the November 2019 protest was that the Islamic Revolutionary Guard Corps (IRGC) shot at the protestors with the intent to kill. 1,500 were killed and there were 12,000 arrests which later resulted in more deaths from ‘’hanging, torture, or medical neglect.’’ Saturday’s conference sought help to save those who are still alive.

The extremely shaky and fragile conditions of the regime on one hand and the growing support for the MEK among the youth on the other hand have created the perfect storm and nightmare for the future of Khamenei’s regime.#Iranhttps://t.co/Uk53XZW6I5

The virtual conference listened to speakers from an array of countries. One group concentrated on Navid Afkari, an Iranian wrestling champion who has been sentenced to death. Up to 50 Iranian professional athletes have signed a letter that was sent to international sports authorities and the United Nations suggesting that Afkari could be at risk of execution.

Mrs. Rajavi for the MEK said in a statement that ‘’His cry for justice is the cry of thousands upon thousands of political prisoners who were either martyred under torture or executed” during various periods of unrest and conflict between the regime and people.’’

Overall, conference participants stated that “The international community must recognize the right of the Iranian people to fight against religious fascism and to establish democracy and the rule of the people in Iran. Supporting the MEK and [its] Resistance Units… is the national duty of anyone who is committed to the freedom of Iran.”