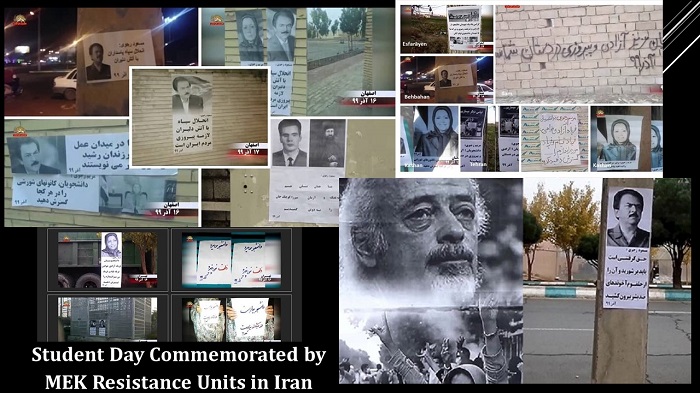 Supporters of the Iranian resistance movement the  People’s Mojahedin Organization of Iran (PMOI / MEK Iran), and the National Council of Resistance of Iran (NCRI) took to the streets last week on Student Day posting banners and messages of support for the overthrow of the Iranian theocratic dictatorship.

They used slogans, banners, and placards to show their support for the martyrs who were slain in the November uprising last year.

They also showed their respect for Dr. Mohammad Maleki who passed away during the week. He was Tehran University’s first post-Iranian Revolution of 1979 Chancellor. Dr. Maleki was an uncompromising critic of the mullahs and faced imprisonment and constant harassment over a forty-year period.

Activists emphasized in their messages their support for a free and democratic Iran with slogans like the ones below: