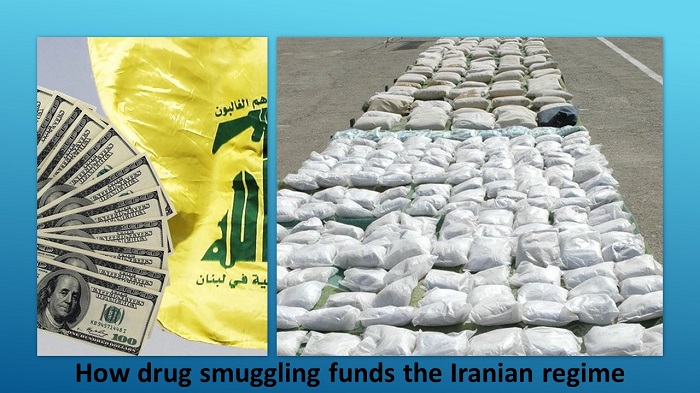 In an interview with Iran state media last month, long-standing Ramazan military base commander Mohammad Baghar Zolghadr spoke of how Ghasem Soleimani would “create his own resources” if the government couldn’t fund one of his projects.

The Iranian opposition The  People’s Mojahedin Organization of Iran (PMOI / MEK Iran), and the National Council of Resistance of Iran (NCRI), report that this sounds like a very important subject worthy of attention, but Zolghadr didn’t elaborate on how this high-ranking regime official was able to create money for tasks when the government couldn’t.

The international community, the United Nations, and specifically its Office on Crimes and Drugs remain totally silent on #Hezbollah and #Iran's large-scale drug trafficking across the world. https://t.co/sgINvj3EYx

However, by examining various news headlines over the past year, we can ascertain that drug trafficking is one of the ways that the regime and Soleimani were able to create cash for their malign activities.

The National World Website reported in August that “85 million narcotic pills”, smuggled into Europe by the Syrian regime and Hezbollah (both backed by Iran) and worth 1 billion Euros, were seized in Italy, making this the largest drug shipment ever found by the police.

In September, Orient TV reported the confiscation of over 2250kg of narcotics, worth around $71 million in Romania. The drugs, sent from the Iranian-controlled Lazeghiyah port in Syria, was the largest shipment seized by police there.

While in December, Al Arabia TV reported the arrest of six Iranian sailors in Yemen for smuggling huge quantities of various drugs, including Marijuana, Heroin, and Crystal Meth, worth 5 billion Yamani Rails.

#OPINION: The international community must disrupt the dangerous drug trafficking triangle that #Iran, #Hezbollah and #Syria have most likely developed, writes @Dr_Rafizadeh https://t.co/Tvm4FkwObY

This is nothing new. Back in December 2019, German Newspaper Spiegel wrote about how Iran-sponsored Hezbollah is operating secretly in Germany, getting money through drug smuggling, car stealing, and money laundering.

The paper wrote: “The main routes used by Hezbollah are from South America to Africa and from there to Europe. The smuggling of cocaine to Germany is mainly done from ports such as Rotterdam, Antwerp, and Hamburg.”

Of course, the truth is that the drugs that were caught by police and featured in the media are only a fraction of the true figure. The regime has made huge profits off of this and used it to fund terrorism and domestic oppression.

But the main way that the regime’s activities are funded is through the theft of the Iranian people’s wealth. Their national resources are sold off to enrich the mullahs and their money is consistently devalued.

The regime is desperate to preserve its power through any means, as was the order of regime founder Ruhollah Khomeini, so they rely on domestic oppression, terrorism, and warmongering.

This is why Zolghadr didn’t want to elaborate on the fund-raising methods of Soleimani.