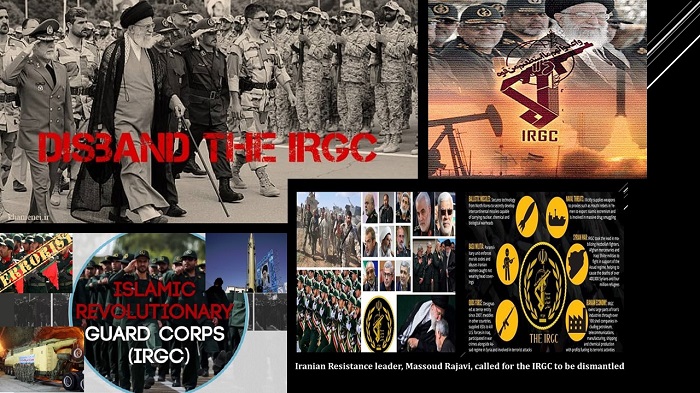 Iranian society has been restless for quite some time now. The regime, over the past four decades, has removed freedoms and cracked down hard on dissent. The regime’s widespread corruption and its dreadful mismanagement have destroyed the country’s economy to the point that more and more people are falling into absolute poverty.

Always remember how #Iran's regime spends money that belongs to the Iranian people:

All the while, two thirds of Iran's society lives in povertypic.twitter.com/icjuLZcXlm

Over the past three years, there have been three major uprisings. With each one that happens, the regime gets closer to collapse and it is taking drastic steps to quell dissent. Rather than bring positive changes to the people, the regime instead is cracking down harder. It is trying to create an atmosphere of fear to stop people participating in protests and anti-government demonstrations.

The People’s Mojahedin Organization of Iran (PMOI / MEK Iran), the main opposition to the Iranian regime, has an internal network of activists that are ensuring the momentum of resistance is maintained. Numerous MEK Resistance Units have been active across the country, especially in recent weeks.

Resistance Unit No. 360 – Tehran, Azadegan Expressway: A large banner of the President-elect of the #NCRI,@Maryam_Rajavi hung from an overpass in Azadegan Expressway. The text underneath the photo reads: “We can, &we must build a new #Iran with #MaryamRajavi.”#MEK #FreeIran pic.twitter.com/lZI7I3lMTb

The country’s state-run media is reporting on the reality of life in Iran and an interview by an official of the notorious Islamic Revolutionary Guard Corps (IRGC) has highlighted the political and social turmoil the regime had found itself embroiled in.

The leader of the Resistance movement, Mr. Massoud Rajavi, has previously called for the IRGC to be disbanded and for the huge budget that it is allocated to be directed towards the people of Iran. This is especially important – now more than ever as the people continue to struggle with the COVID-19 pandemic that has so far claimed the lives of more than 111,300 people in the country, according to reports by the  People’s Mojahedin Organization of Iran (PMOI / MEK Iran).

More than 111,300 people have died of the novel #coronavirus in 444 cities checkered across all of Iran's 31 provinces, according to the Iranian opposition PMOI/MEK.

The IRGC exists to push the regime’s malign policies abroad and to quash dissent at home. To put this in other words, the IRGC exists to ensure the regime’s survival. In a recent interview on state television, IRGC official Abolfazl Shekarchi said that the IRGC defends the “ideologic frontiers of the Islamic Republic”. He also said that the “internal mission” of the IRGC is to “confront the MEK”.

The people of Iran despise the IRGC and also support Mr. Rajavi’s calls for it to be disbanded. As Mr. Rajavi pointed out, one army in Iran should be sufficient – the IRGC is not needed. The IRGC’s budget should be allocated to health care, the salaries of the people that keep the country going – nurses, teachers, workers, public sector employees, and so on.

Massoud Rajavi, the Leader of the Iranian Resistance:

Disband the IRGC and allocate its funding to combatting the coronavirus pandemic as well as the provision of health care and medical treatment to #Iranian patients. #DisbandIRGC #Iran pic.twitter.com/rhNBCb06kG

The existence of the IRGC is shameful, but what is even worse is the huge budget that it is allocated. While the people of Iran struggle with poverty and medical workers struggle with the most serious health crisis in recent times, the IRGC is playing around with new ballistic missiles.

The country’s wealth has been plundered on malign and terrorist activities, both at home and abroad. A large part of this is done via the IRGC. A few months ago, a former member of Parliament in Iran said that up to $30 billion has been wasted in Syria alone.