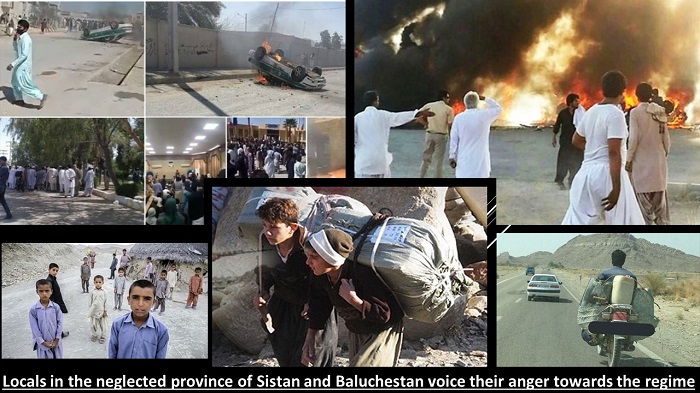 Last week, the notorious Islamic Revolutionary Guard Corps (IRGC) attacked and fired at fuel porters in Saravan, a city in the province of Sistan and Baluchestan.

IRGC’s killing and injuring of the porters

The National Council of Resistance of Iran (NCRI), and the People’s Mujahedin of Iran (PMOI / MEK Iran) reported these porters were simply trying to scrape together enough income in order to be able to feed their families, but they have been targeted by authorities on a number of occasions in the past.

Locals in nearby towns and cities were outraged by the IRGC’s killing and injuring of the porters and took to the streets of Suran. Reports indicate that more than 40 protesters were gunned down by security forces.

The province of Sistan and Baluchestan is one of the poorest parts of the country and the porters around the border areas have been simply trying to make a living so they can feed their families.

One of the reasons why poverty is so rife in this region is because the regime, because of religious differences, imposed an economic and subsistence prohibition on the people.

Some families have been given a special card in order to be able to sell a certain amount of fuel across the border into Pakistan, but the IRGC takes the vast majority of their income.

When the IRGC killed and opened fire on fuel traders at the end of last month, the anger from the locals sparked protests and disdain towards the authorities.

Poverty is also rife in the province because, as explained by the state-run Mostaghel publication, the people “have been literally eliminated from the country’s industry and trade spheres”.

What makes the situation for these people even worse is that the regime spends billions of dollars per year on the funding of terrorist activities, proxies and militias, and its ballistic missile and nuclear programs.

The regime cannot use the excuse that the country simply does not have the funds to help the poorest in society when it gives astronomical amounts of money to Hezbollah and Assad’s regime in Syria, for example.

It is very hard to see how the situation can improve in the province given the very few resources that are accessible to the people. Many children are deprived of the most basic of education and illiteracy is a major problem. Females, as is common across the rest of Iran, are even less likely to have access to education.

The people of the abandoned, neglected, and impoverished provinces of Sistan and Baluchestan are faced with many challenges in their everyday lives. To come up against the brutality and violence of the IRGC while people are going about their own business is something that has quite rightly sparked unrest.

The people have very little to lose and are courageously standing up to the regime. Thankfully they have the solidarity of their fellow citizens that will also not accept this treatment.