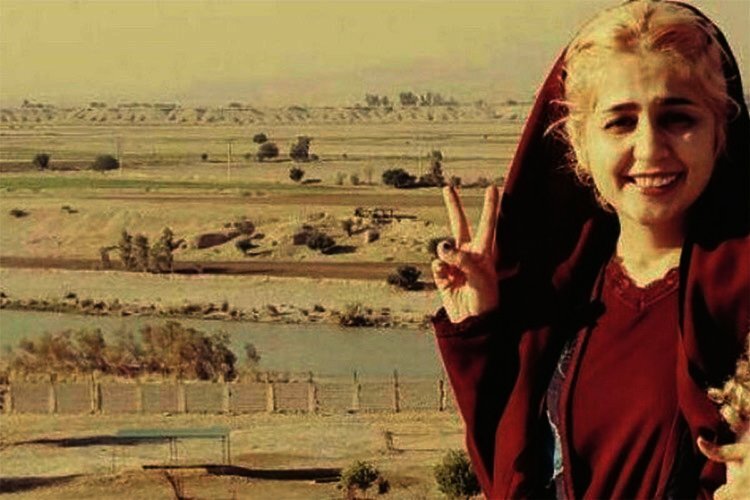 Forcing women prisoners to give sexual services, denying them health care, prohibiting them from wearing underwear even during menstruation, and harassing children’s inmates are some of the things that Sepideh Qalyan has revealed about Bushehr Women’s Prison.

In a tweet with the hashtag #Thetruceofprison, civil activist Sepideh Qalyan discussed the dreadful conditions at Bushehr Women’s Prison.

The civil activist, who is currently on furlough due to coronary heart disease, said that she had previously informed the prison officials of all of these events in writing but had received no response, so she was forced to disclose it to the public.

The maltreatment of a prisoner’s child

The maltreatment of a prisoner’s child is one of the cases described by Ms. Qalyan, and it has gotten a lot of attention publicly. An Afghan mother in Bushehr jail with her little child, according to Ms. Qalyan, is witnessing her child being ‘shrouded’ in the prison’s ventilator along with other convicts. On the orders of the counseling center’s director, the child was shrouded in order to make him afraid and force him to go to bed early.

Hamed Farmand, a child rights activist, remarked on Twitter that his findings show this is not an isolated case, and that children of inmates are mistreated in many Iranian prisons.

Another case mentioned by Sepideh Qalyan

Another case mentioned by Sepideh Qalyan involves a prison warden being forced to wear a bra, and when a prisoner refuses, the prison warden orders all female convicts to hand in their underwear and wear underwear for weeks. Even during menstruation, it is forbidden to do so.

Another inmate who bathes beyond the allotted time is stripped naked in the middle of the ventilator and ‘bathed’ with milk and mineral water in front of the other inmates’ blindfolded eyes. If other inmates close their eyes to the incident, they will be denied the right to call 911.

Sepideh Qalyan mentions another situation in which some detainees were forced to perform sexual services. According to him, these women are delivered to male agents or male financial inmates, for this reason, particularly female prisoners who do not receive financial support from their families.

Ms. Qalyan further noted that convicts must wear hijab at all times and in all places except their beds.

Sepideh Qalyan reported that she had informed authorities of all of these situations in writing and orally, but had received nothing except “cemetery silence” in return. If inmates protested these situations, she warned, they would face torture and violence, including examining a sexual organ in front of all staff and inmates, beating a prisoner, quarantine, cutting off the telephone and visiting appointments, and denying leave.

The harsh and barbaric demands

‘Any defiance and disobedience to the harsh and barbaric demands of the jail managers in Bushehr dungeon are equal to getting increasingly crushed in this filth that has no voice and no face,’ she said at the end of her tweet.

Sepideh Qalyan was detained on July 1, 1999, after appearing in the Evin Court’s Judgment Enforcement Unit, and was taken to the notorious Evin Prison to fulfill her sentence.

On March 11, 2010, she was transferred from the Evin Prison’s women’s ward to Bushehr Prison.  Hookah was severely beaten in front of prison officials on July 20, 2014, by prisoners accused of violent crimes.