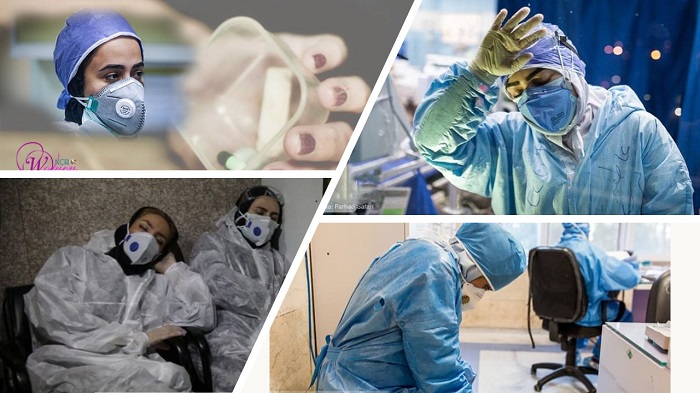 During the outbreak of the Covid-19, there has been an overwhelming burden on health personnel due to the large number and the urgency to treat patients with the virus.  This burden has resulted in a number of workers that tragically have taken their lives, committing suicide.

The National Council of Resistance of Iran (NCRI), and the People’s Mujahedin of Iran (PMOI / MEK Iran), reported that the coronavirus death toll in 543 cities surpasses 298,800.

On 5 May 2021, Arman Melli, a state-run newspaper, reported “Three health workers committed suicide in hospitals over the past 10 days, according to officials and media. All three were medical science graduates.”

“Accurate information has not yet been gathered, and an investigation into the deaths of the interns is underway,” added Hossein Kermanpour, public relations director of the Medical System Organization.

The state-run Arman Melli Newspaper on 5 May, asserted, “There is a reason for this, and that is the mental and physical pressure on the medical staff, who have been struggling with the Coronavirus outbreak, including four waves of the virus, for more than a year.

Their mental and physical problems have intensified every time for various reasons, including 89-day contracts, non-payment of minimum requirements, working consecutive shifts, being away from family and children, severe staff shortages, and the deaths of patients.”

“The serial suicide of the interns is a heartbreaking tragedy. Ali Nikjoo, a psychotherapist, tweeted about the suicide of young practitioners. Iranian brilliance either left the country, became inactive, endured life’s difficulties, or ended life so tragically.”

Mohammad Sharifi Moghaddam, Secretary-General of the House of Nurses, reported to the state-run ROKNA news agency on 4 May, about the exploitative laws that apply to young interns in hospitals.

“To complete their training, they have to spend a lot of time reading and watching training videos on the Internet and even perform surgeries this way. This increases their stress. High pressure to complete training and, of course, very low salaries cause a lot of psychological damage for interns.”

Moghaddam continued, “these people do not have advocates who could protect their rights, and they are being discriminated against.”

On 8 May, the state-run IMNA website reported that four medical assistants committed suicide in Tehran in the first two weeks of May in a letter to Health Ministers in Tehran.

The union councils requested an investigation in their letter which referred to ‘exploitable legislation and forceful directions.’ They also added, “Internationals with reduced rights and long shifts are duty-bound for dozens of nights at a salary of two million Tomans a month.”

Fatemeh A, another intern, was a Jundishapur Medical University student in Ahvaz. She took a lethal pill and killed herself. Her relatives discovered her lifeless body in her room the next morning.

According to the state-run Khabaronline News Agency on December 17, 2019, one of Fatemeh’s female students claimed that five persons had committed suicide and died at the university in the previous eight years.

The suicide of an orthopedic internee in Taleghani University was reported by Ali Pezeshki, Secretary of the Union Council of Beheshti University of Medical Sciences. On 7 January 2020, the state-run ANA website announced that the teenage intern had to be on duty continually for 96 hours.

Excessive burnout and exploitative policies are the main reasons for burnout and the killings of interns and nurses in Iran.