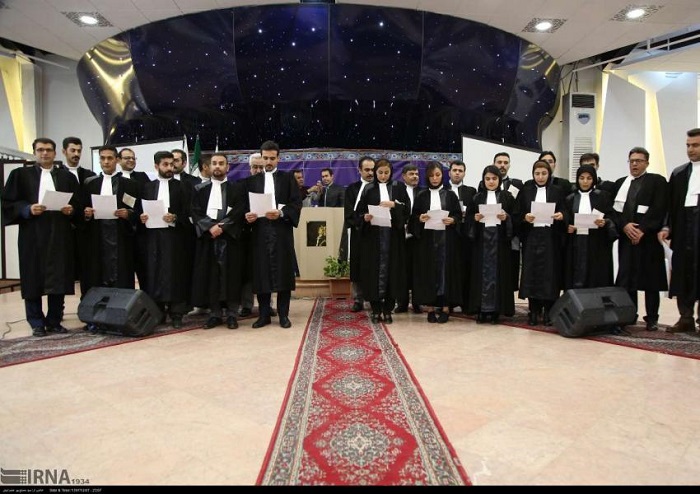 The Iranian judicial establishment, now led by human rights violator Gholam-Hossein Mohseni Ejei, has effectively destroyed the independence of Iranian lawyers with a takeover of new powers over the Iranian Bar Association (IBA) that grants the Iranian judiciary the right to issue and revoke law licenses.

Lawyers, human rights organizations, and the international community should firmly criticize the new restrictions, which render the right to due process and a fair trial meaningless, according to the National Council of Resistance of Iran (NCRI), and the People’s Mujahedin of Iran (PMOI / MEK Iran).

Human rights lawyers are a lifeline for citizens who are relentlessly and unlawfully targeted by the state, and the Iranian government expects the international community to turn a blind eye while it cuts this lifeline.

He does not, however, have the ability to impose rules on the legal profession. Only the Bar Association has this jurisdiction, according to the Law on the Independence of Bar Associations.

The Guidelines for the Enforcement of the Law on the Independence of the Bar Association, however, were approved in the final days of the previous judiciary chief’s term, Ebrahim Raisi, who was elected president on June 18, 2021, in an architected election controlled by the hard-line ruling clerical establishment, and amended by the judiciary on June 23, 2021.

Previously, the IBA was in charge of issuing and renewing licenses to practice law, but the new regulations delegate this authority to the judiciary, which can now refuse licenses to anybody. In breach of the same statute, the regulations now provide the judiciary the right to terminate licenses, which was previously granted to the Bar Association’s disciplinary tribunal.

These regulations were designed to formalize the state’s ongoing campaign against Iran’s bar association and make defending political prisoners extremely costly and dangerous for lawyers.

The regulations also make it simpler for state security agents to monitor lawyers by allowing the court chief to decide how lawyers should be trained.

On July 3, the National Union of Iranian Bar Associations released a statement calling the regulations “unenforceable” and in violation of “Article 22 of the Law on the Independence of the Bar Associations,” as well as “the opinions of bar associations throughout the country on how to conduct interactions with the judiciary.”

The Council of Iranian Lawyers Organizations issued a statement condemning the regulations, saying, “The regulations lack legal foundations because the judiciary has no authority in drafting and publishing them, and they have inherent flaws that violate the Law on the Independence of the Bar Associations.”

Nasser Zarafshan, an Iranian human rights lawyer, said the legal profession had “lost its last shreds of independence” in response to the judiciary’s new directives.

In an interview with the Emtedad daily on July 6, he continued, “It appears the judiciary wants lawyers to be like servants doing office work.” “They don’t want lawyers who are self-assured and courageous.”

Several human rights lawyers are now imprisoned in Iran, having been found guilty of false accusations after unfair trials for defending clients, the law, and basic civil and political rights.