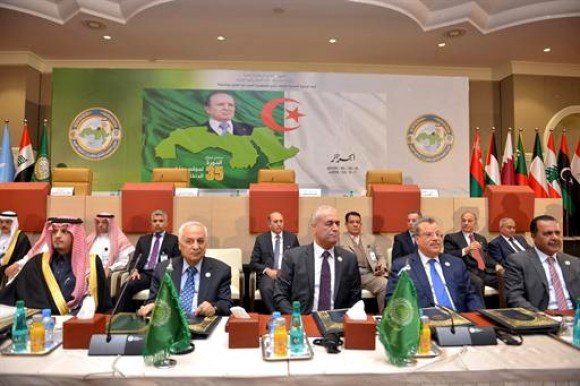 At the 35th Arab Interior Minister Council that was held in Algeria on March 9th, Lebanese Interior Minister Nouhad al-Mashnouq said that Iran’s expansion in the region “is one of the reasons for the security and political crisis in the Arab world.” He added, “Lebanon is a Lebanese responsibility, but it has been an Arab responsibility for several years and their first line of defense.”

“It turns out that Lebanon’s security is an important part of the strategic security of all Arabs. It has not and will not become a thorn in their side,” he continued, and urged,
“You should not give up and deliver Lebanon to the Iranian project or any other project.”

He noted that King Salman bin Abdulaziz, the Custodian of the Two Holy Mosques, had launched the military operation Decisive Storm, that targeted Houthi rebels who had vowed to dislodge President Abdrabbu Mansour Hadi, “not out of his love for war, but because it was the only solution to counter Iran’s expansion in Yemen.”

Al Arabiya News Channel reported that Saudi Arabia deployed 150,000 soldiers, 100 fighter jets and navy units in Yemen after Hadi pleaded with its Gulf ally for help against the Houthi rebels, who were advancing toward the southern city of Aden to attempt a coup.

That the Iranian project has only created crises, and never succeeded in acting as a factor for stability or development in any area that it has reached, Mashnouq pointed out.

He warned against delay, saying that the extent of Tehran’s presence in crises in Arab countries demands the establishment of a joint strategy as soon as possible.

He explained that, “In Lebanon, we are striving to have the state be the only side that monopolizes the use of weapons in war and peace through an understanding on a national defense strategy.” He affirmed that these efforts would become clear after the May 6 parliamentary elections.

While in Algeria, Mashnouq held talksa with Saudi Interior Minister Prince Abdulaziz bin Saud bin Nayef bin Abdulaziz, and told him that the Lebanese people were relieved by Prime Minister Saad Hariri’s visit to the Kingdom last week. The Saudi official invited Mashnouq to visit as well, at the end of March.