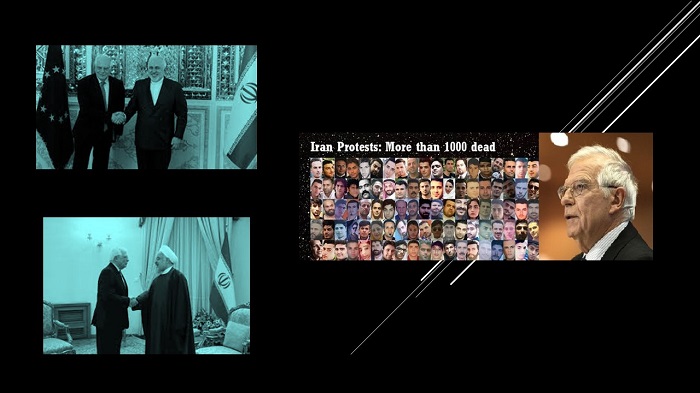 Iran, the number one state sponsor of terrorism, has a horrific human rights record. It is also one of the top executioners in the world and human rights organizations and activists have been drawing attention to the regime’s brutality for many years.

The people of Iran have very little freedom in their lives and democracy is non-existent.

The Council of the EU announced on 15th June that the 2019 annual report on human rights and democracy in the world had been approved. It says that the report confirms and consolidates the EU’s “commitment to protect, support, and promote human rights and fundamental freedoms worldwide”.

However, Struan Stevenson, the co-ordinator of the Campaign for Iran Change, has slammed the EU’s report because it does not go as far as it should with regards to the human rights situation in Iran. Stevenson highlighted that the report deals with Iran’s situation on just one page.

He said: “Apathetic 430 words are devoted to outlining, in mealy-mouthed terms, the shortcomings of one of the most repressive and murderous regimes in the world.”

Stevenson also pointed out that the report claims the EU has been addressing human rights issues and has expressed concerns “during bilateral meetings, including at high level”. Yet, the first high-level meeting only took place in February this year when Josep Borrell, the EU’s top diplomat, met with Iran’s president, foreign minister, and the speaker of Iran’s parliament. Following this meeting, Borrell failed to speak about several extremely important issues.

Stevenson said: “In his press release Borrell made no mention of human rights concerns and no mention of the regime’s shooting down of a Ukrainian airliner with the death of all 176 passengers. Nor did he mention the murder of 1,500 protesters and the detention of 12,000 other innocent and defenseless people in the nationwide November uprising in Iran in 2019. He also failed to mention the regime’s cover-up of the 1988 massacre of political prisoners  mostly activists of the People’s Mojahedin Organization of Iran (PMOI / MEK Iran) and to identify those executed and their graves, an issue that is now under investigation by the UN.”

Stevenson said that this would have been the perfect opportunity for the EU to voice its concern about the terrorist activities being carried out by the regime, noting that in the past few years there have been quite a several political opponents members or supporters of the People’s Mojahedin Organization of Iran (PMOI / MEK Iran) targeted on European soil. He also said that the top EU diplomat could have questioned the Iranian president and foreign minister about who was behind these attacks.

This meeting, Stevenson said, could also have been used to question the regime’s involvement with proxy wars in several countries in the Middle East and its export of terror. Borrell could also have spoken to the Iranian officials about the intimidation and attacks in the Strait of Hormuz.

Once again, we can see the Iranian regime being treated lightly and delicately when in fact it does not deserve this. It should be held fully accountable for its actions and the EU should not be turning a blind eye to its aggressions, its violations, and its brutality. This appeasement of the regime simply emboldens it and encourages it to continue.