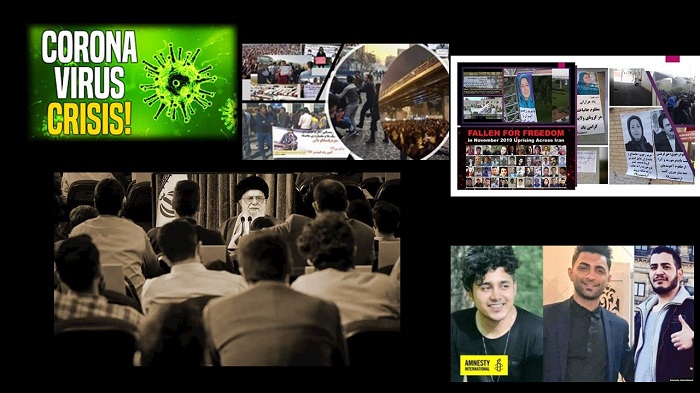 Society in Iran has been described by many as being in a powder keg state and it has to be admitted that this is probably the most accurate description. For decades, the people of Iran have been very unhappy with the corrupt leadership that has suppressed their rights and denied them the most basic of freedoms.

In the past few years, this discontent has spilled over into several major uprisings. The last one, in November last year, was sparked by a hike in fuel prices. The uprising was not centered around this one grievance – it ran much deeper – but it just took this one announcement by the regime for society to instigate an uprising that spread the whole way across the country.

The Iranian regime is living in fear that another uprising is about to break out, for the people have many reasons to do so, not least because of the current Coronavirus health crisis that has claimed the lives of tens of thousands of Iranians.

To dissuade the people from participating in any acts that threaten the regime’s existence – especially protests and anti-government demonstrations that could easily turn into an uprising, the regime is cracking down further on dissent. Long prison sentences and the death penalty are being handed out and there are mass arrests regularly, in particular of young people.

Solidarity and cooperation are the essential elements for sustaining the uprising. It is a patriotic duty to support the families of martyrs, attend to the wounded, and assist the resistance units in any form and to any extent possible #IranProtests pic.twitter.com/HhwpaACKtg

All of this is contributing to an atmosphere that the regime hopes is shrouded with fear. However, this will not deter people from wanting regime change. They have made it clear during previous protests and anti-government demonstrations that they will not be intimidated into silence.

The main opposition to the Iranian regime, the People’s Mojahedin Organization of Iran (PMOI / MEK Iran), has local “Resistance Units” spread across the country. The Resistance Units have been very active recently and have been amplifying the voice of the people.

Over the past few weeks, regime officials have been warning that they will not hesitate to dish out tough punishments to anyone dissenting.

Last Friday, the head of the country’s judiciary in Isfahan said that the (PMOI / MEK Iran) should be aware that its “operatives” will face “firm action”. He mentioned thousands of other cases where those riotings have been accused of “corruption on earth” and risk execution.

And the following day, a public prosecutor in the same province said that the leaders of networks that participated in and organized the uprising in November last year will face prison terms and death sentences. Nasreddin Salehi said that activities were carried out with meticulous planning and that public property was destroyed. He also implied that the (PMOI / MEK Iran) has been spreading lies and trying to brainwash the general public.

Many people were injured, killed, arrested, or jailed during the November 2019 uprising, and human rights activists and organizations have drawn attention to the regime’s brutal action in response to peaceful protesters. Many of those injured or killed were shot in the back at point-blank range, proving that they were no threat to the authorities.