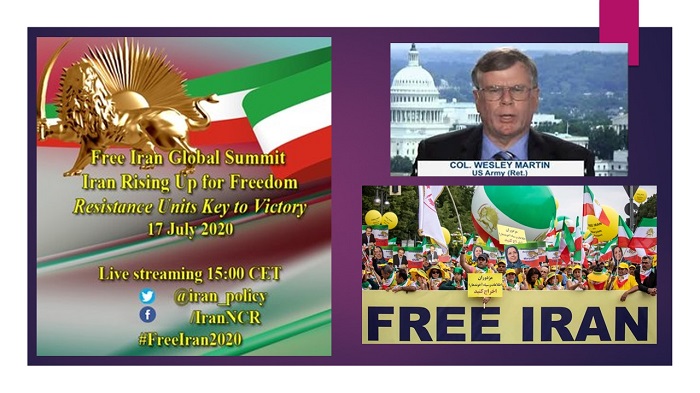 Tens of thousands of Iranian expatriates who are in favor of democracy in their own country will be taking part on July 17th in a Free Iran Global Summit which will be screening online.

The U.S. government is concerned that the religious extremists who are currently ruling Iran will carry on with the sponsoring of terrorist activities throughout the globe.

Up to this point Iran’s Islamic Revolutionary Guard Corps (IRGC), the Quds (Jerusalem) Force, and the Ministry of Intelligence and Security (MOIS) have been the subjects of investigations and are found responsible for bombing plots and assassinations globally.

In 2018, there was one such event where German, Belgian, and French police working collectively to prevent the MOIS from detonating a dangerous explosive device at an Iranian Resistance rally near Paris hosted by the National Council of Resistance of Iran (NCRI). It also included senior dignitaries from Europe, Asia, Africa, and North America. These sorts of attacks only show up the extremist actions of the current regime which are attacks on its key opposition movement.

What has been particularly worrying is the appeasement towards Iran which has been taking place so persistently by European countries and the United States without even thinking about what was going on in Iran. It wasn’t until 2012 that the D.C. Court of Appeals and the State Department were ordered to erase the (PMOI / MEK Iran) from the U.S. Foreign Terrorist Organization list.

The author of this article, Rob Maness, said his knowledge of the organization at Ashraf was gained from reading several Department of Defense intelligence reports, his independent study, as well as direct knowledge from working with the organization which included his unannounced inspection visits into the living and working areas in Ashraf.

Unfortunately, Maness says, some western countries believe that the ideas of the (PMOI / MEK Iran) and NCRI reflect Marx and Lenin’s teachings, even though in reality these philosophies ‘’ more accurately reflect Jefferson and Madison.’’

The Free Iran Global Summit online on July 17th intends to send the message that the people of Iran are seeking a regime change, and Western leaders should no longer appease as it is not in the interests of ordinary Iranians and it is encouraging terrorist activities by the regime to take place overseas.

Those two organizations are the NCRI and the (PMOI / MEK Iran) are trying to install democracy, freedom, and peace in the region.