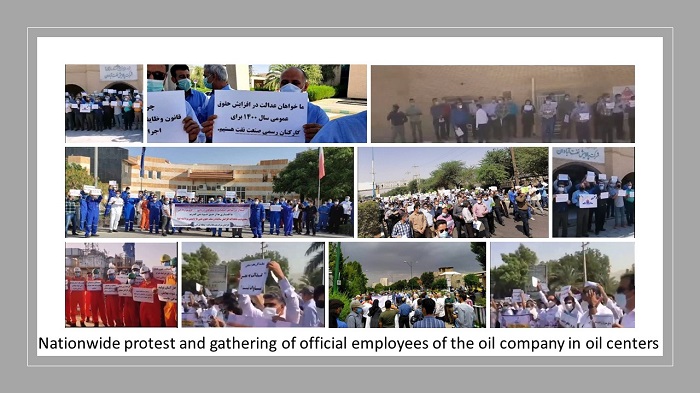 The National Council of Resistance of Iran (NCRI), and the People’s Mujahedin of Iran (PMOI / MEK Iran), reported protests and gatherings by employees of the oil company in oil centers.

The oil workers rally was held following a pre-announced call by official oil workers. These employees are protesting against the low increase in their salaries.