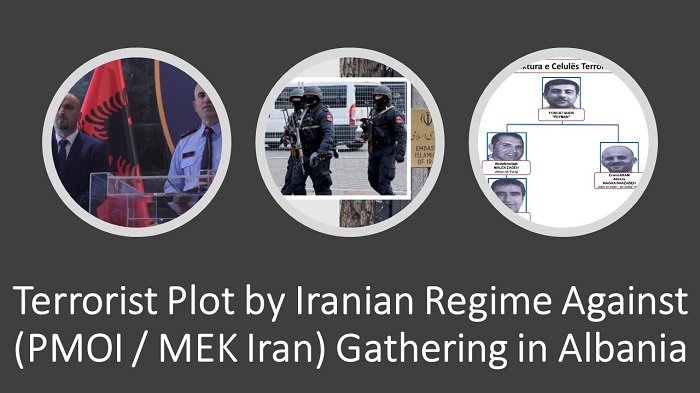 Dr. Nezaj issued a response to allegations made by the Iranian regime that Albania hosts terrorists. The regime’s officials also make the same allegations against Albania.

Albania welcomes rapporteur Rahman for his report on the human rights situation in Iran and supports his mandate.

Albania shares the concerns of the rapporteur on the human rights violation in Iran which is marked by violence, intimidation, detention, torture, and systematic murder of those who dare to oppose the regime, specifically discrimination against ethnic, religious, and sexual minorities remains very troubling in Iran.

Albania opposes the death penalty in all circumstances, and remains deeply concerned about the high level of executions, including children’s executions, in violation of international law.

In addition, the report describes a deplorable situation regarding the conditions of detention in Iran.

We also share the deep concern of the rapporteur by the persistent discrimination against women and girls in the public and private life, in particular with regard to the early and forced marriages.

Finally, to respond to Iran on why Albania is hosing members of the People’s Mojahedin Organization of Iran (PMOI /MEK Iran): The positions of the Albanian government, as a sovereign country, which aim to protect the rights of the people wherever they are violated.

Albania does not host any terrorists but is part of a big international coalition that fights terrorist groups wherever they appear and operate.

Albania has accepted the (PMOI /MEK Iran) in full compliance with Albanian law and international law, on a humanitarian basis and this should not be construed as a threatening action of targeting a specific country, including Iran.