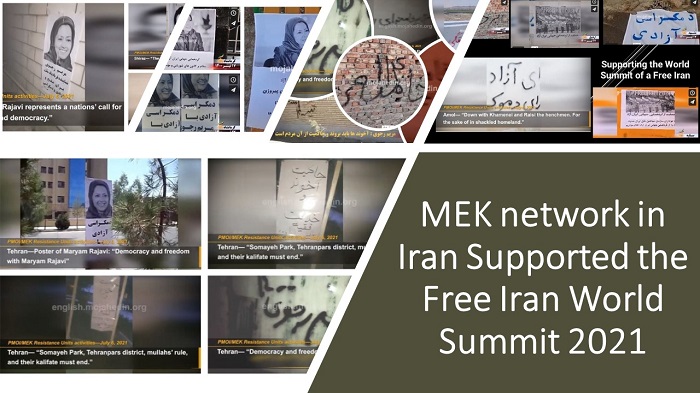 July 6, 2021—The main Iranian opposition the People’s Mujahedin of Iran (PMOI / MEK Iran) network in Iran install posters of President-elect of The National Council of Resistance of Iran (NCRI), Maryam Rajavi in public places days before the Free Iran World Summit 2021. They express their support for Maryam Rajavi and the Iranian Resistance leader Massoud Rajavi.

The MEK supporters activities in Iran:

Amol, with the poster of Maryam Rajavi and Massoud Rajavi: “Down with Khamenei and Raisi the henchmen. For the sake of in shackled homeland.”