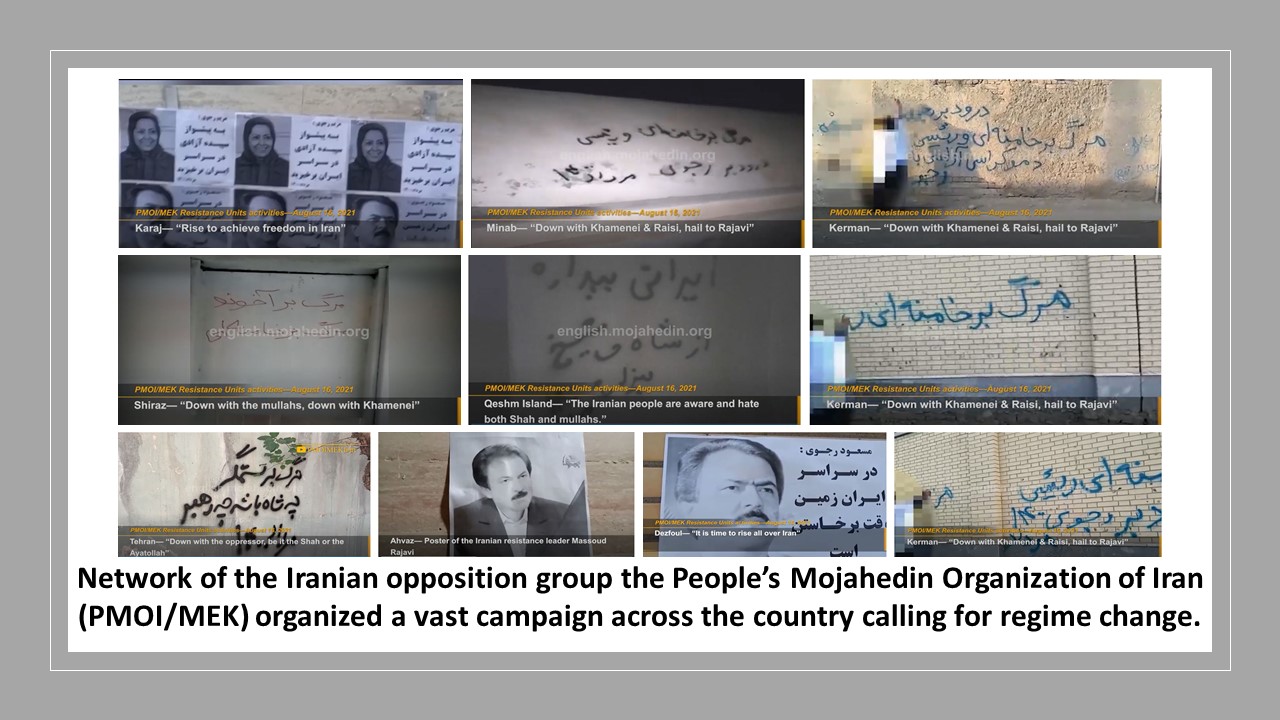 The network of the Iranian opposition group the People’s Mujahedin of Iran (PMOI / MEK Iran), organized a vast campaign across the country calling for regime change.

Anti-regime slogans such as “Down with Khamenei and hail to Rajavi” were spread in various cities by the MEK’s internal network, known as the Iranian Resistance Units.

The Iranian Resistance Units anti-regime campaigns are carried out while the regime tries to intensify repression with Ebrahim Raisi who has a brutal record and history.

Walls in Iran’s streets speak about the dictatorship’s downfall. PMOI/MEK Resistance Units spread messages of the President-elect of the National Council of Resistance of Iran (NCRI) Maryam Rajavi and the Iranian Resistance leader Massoud Rajavi. They install posters in public places.