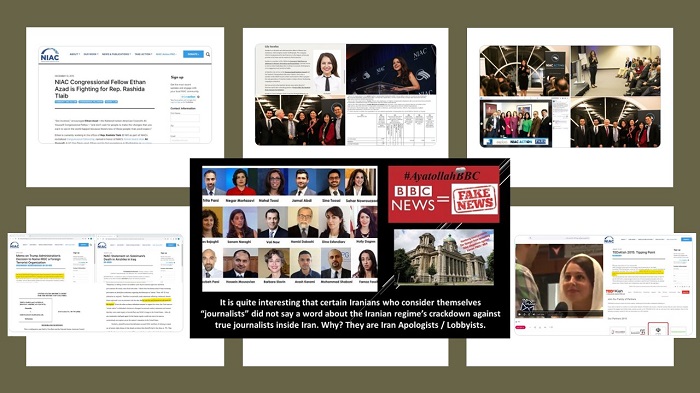 A high-ranking member of the National Iranian American Council (NIAC) began a six-year term on Stanford University’s Board of Trustees on October 1, according to an announcement posted on the university’s website this summer. The appointment of Lily Sarafan provides a group that is known for lobbying for the Iranian regime an opportunity to extend its influence in this prestigious university.

Lily Sarafan is the CEO of the San-Francisco-based company Home Care Assistants (HCA) and an active member of the NIAC, a group that advocates for the Iranian regime and its interests. Ms. Sarafan has held a number of roles within the NIAC, including donor, fundraiser, and speaker. She frequently joins the group when they lobby Congressmen and women for the regime.

Some of her most notable work for the NIAC includes:

Who is the NIAC?

The NIAC’s positions mirror the regime’s talking points. It lobbies for an end to the U.N. arms embargo on Iran, it condemned the U.S. designation of the Islamic Revolutionary Guards Corps (IRGC) as a Foreign Terrorist Organization (FTO), and it condemned the U.S. drone strike assassination of Quds Force Commander Qassem Soleimani.

The NIAC has been accused of spreading propaganda and lobbying on behalf of the Iranian regime. In 2012, the U.S. District Court for the District of Columbia wrote that the NIAC and its president Trita Parsi were “first and foremost an advocate for the regime.”

According to a report on @NIACouncil’s website, @lilysarafan (a new @Stanford Trustee) helped fund a program to install NIAC members as Congressional staffers. That's particularly worrying since NIAC is known as an arm of Iran's Intelligence Ministry in the US.

Any person or group who lobbies on behalf of a foreign government is required to disclose their identities. Failure to do so is a violation of the Foreign Agents Registration Act (FARA) and is punishable by law. The People’s Mojahedin Organization of Iran (PMOI / MEK Iran), has called attention to the NIAC’s ties to the regime many times.

Ms. Sarafan’s appointment is only the most recent example of the NIAC’s attempts to influence the academic culture at Stanford. The university’s Iranian Studies program has become a hotbed of pro-regime propaganda hosted by NIAC members.

What’s more, @lilysarafan (@Stanford's newest Trustee) was in Iran in 2015 to attend a TEDx event (which she helped organize) on behalf of the regime's US-based lobby @NIACouncil. Worse still, that event was co-sponsored by Iran's Vice-Presidency for Science and Technology pic.twitter.com/D2gSRRMhm5

As the popularity of the #MEK grows more articles are published against the MEK but much of it is old news that has already been challenged. However, other sources were used to discredit the MEK in the form of 14 complete books which were published in just 12 months. #Iran pic.twitter.com/B62apEOdOa

In June of this year, the Iranian Studies program hosted a webinar with former Majlis (parliament) member Faezeh Hashemi Rafsanjani that was live-streamed from Iran. It is unlikely this event could occur without approval from the regime.

The MEK has successfully managed to counter any false information about its movement and it now has support from throughout the world and many of these supporters believe that the Iranian resistance, the National Council of Resistance of Iran’s (NCRI), and (PMOI / MEK Iran), offers a viable alternative to the current regime. Many of them have contributed to several international video conferences arranged by the National Council of Resistance of Iran.