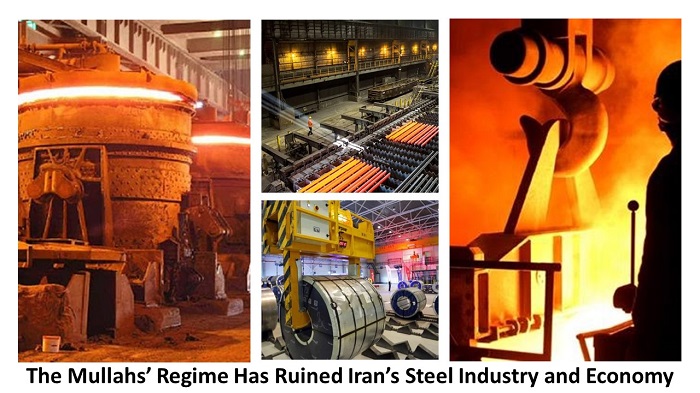 Economic hardships plague the Iranian people. Meanwhile, Iran’s regime and its supporters continue to monopolize the country’s resources. The so-called private sector is one of the schemes used by the administration to plunder people.

The state-run Sharq daily acknowledged one of the regime’s embezzlements through so-called private enterprises in a piece headlined “astronomical numbers, but little information.”

Hassan Rouhani’s government proposed a public-private partnership bill, which the regime’s parliament is discreetly adopting. “The regime’s Planning and Budget Organization introduced this bill as part of the government’s budget bill in 2018,” according to the National Council of Resistance of Iran (NCRI), and the People’s Mujahedin of Iran (PMOI / MEK Iran).

This measure was adopted by Hassan Rouhani’s Cabinet and delivered to the regime’s parliament. Rouhani’s government would use this strategy to hand over big unfinished development projects to the so-called “private sector.”

On 1 November, the state-run Mashreq News reported, “According to officials’ statistics and statements, there are more than 86 thousand semi-finished construction projects in the country, the completion of which is estimated to cost 1000 quadrillion Tomans of credit.” The government budget alone will not be sufficient to accomplish these projects, and implementing them with the government budget will take years.”

Whereas many assume that this plan will help Iran’s private sector, evidence and facts reveal that under the mullahs’ government, there is no such thing as a “private sector” in Iran. The Revolutionary Guards’ (IRGC) alias for the “private sector” control a large portion of Iran’s economy.

Iran’s “private sector” is controlled by the IRGC, the regime’s Supreme Leader Ali Khamenei, and their powerhouses. The privatization plan only benefits Khamenei and the IRGC.

“Today, about 99 percent of workers are unemployed. The popularity of temporary employment contracts and the expansion of contractors, which are the cause of labor exploitation in the country, are two of the most prominent reasons for dismissal in society.

Privatization in Iran has resulted in poverty, enslavement, worker dismissal, social anomalies, and the specialization of social justice, according to Daryabeigi, Executive Secretary of the Mazandaran Workers’ House, who spoke to the semi-official ILNA News Agency on Wednesday.

Iran’s ongoing economic crises and the regime’s role in escalating them, have turned society into a timebomb.

The social situation is on the verge of collapse, and cultural conditions are indescribable in terms of disintegration.

Today, if we face a low voter turnout, which certainly happens in the current situation, it will have far-reaching domestic and international consequences. We will fall and can no longer rise again.”