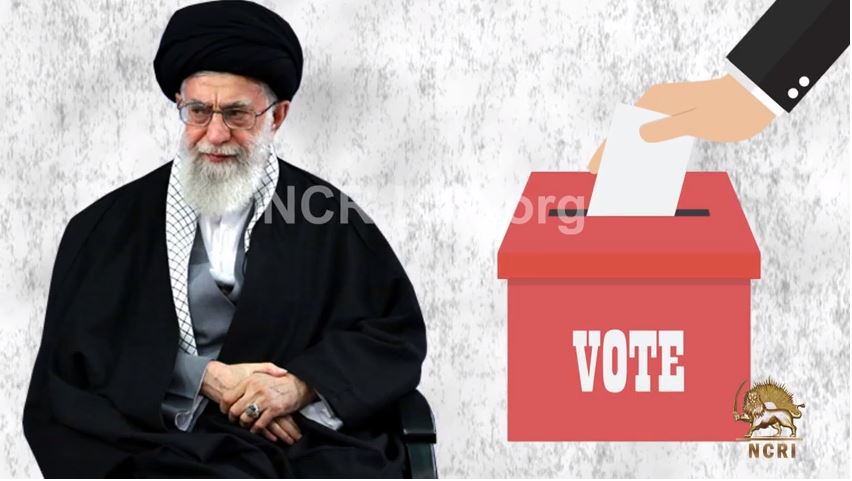 Only seven of the 592 aspirants to compete in Iran’s sham presidential elections on June 18 were accepted by the Iranian regime’s Guardian Council last week according to the reports by the National Council of Resistance of Iran (NCRI), and the People’s Mujahedin of Iran (PMOI / MEK Iran). Ebrahim Raisi, the current head of the judiciary, is one of the seven accepted candidates. He is well known for his involvement in the massacre of 30,000 political prisoners in Iran in the summer of 1988.

Khamenei and his regime seek to maintain control over a tumultuous society that is currently pursuing regime change and openly opposes his rule.

Daily protests from nearly every sector, a wrecked economy, regional and international isolation, and rising factional feuds are some of the issues that are facing Khamenei.

Furthermore, as a highly organized opposition movement,  the People’s Mujahedin of Iran (PMOI / MEK Iran) has become more active. Iranians across the country carried out campaigns by writing anti-regime slogans on walls in various cities throughout the month of May.

This movement started in April 2021, after the Iranian Resistance called for a boycott of the mullahs’ rigged elections. The MEK’s internal network, the Resistance Units, carried out anti-regime activities in over 250 locations throughout 27 provinces in April.

In Iran, the call for a boycott soon blossomed into a nationwide campaign and a huge social movement. Various sectors of society have called for a nationwide boycott in recent weeks, chanting, “We’ve heard so many lies that we won’t vote anymore.”

“None of my friends or family will vote, the mullahs’ elections are a joke,” one of these campaigners openly stated in an interview with Times Radio.

“All of the candidates are the same to us, and elections have never been about an expression of popular choice in the last 42 years, but rather a selection by the supreme leader,” she continued.

Iranians also took part in an international social media campaign on Sunday, 30 May to denounce the mullahs’ election fraud. In the first few hours, the campaign’s main hashtag, #BoycottIranShamElections, was tweeted over 121,000 times.

The state-run media now acknowledges an extremely low election turnout. In this regard, the daily Jahan-e Sanat remarked on 29 May: “How can we expect a high turnout in the upcoming elections, given the qualified candidates?”

“According to some reports and narrations, the election will be called a ‘no’ vote. The Guardian Council’s decision [to exclude most notable candidates] would simply add to the low turnout in the election,” Janan-e Sanat added.

Since the regime is on high alert and is trapped in a difficult situation, Khamenei has no choice but to tighten ranks and eradicate the opposing faction.

In the face of a looming nationwide upheaval, the dictatorship will grow increasingly vulnerable. And when it does, it will be significantly more intense and extensive than it has been in recent years.

Maryam Rajavi, the Iranian Opposition leader, called for a widespread boycott of the election charade on 25 May, urging Iranians to protest and rise up against Khamenei’s action, which clearly amounts to usurping their sovereignty.