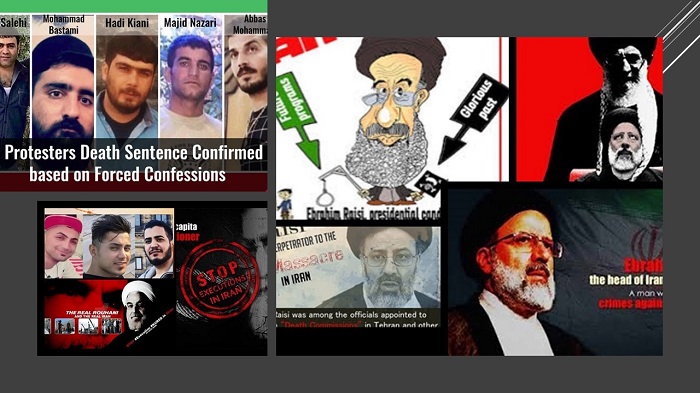 While Iran’s rigged presidential election isn’t scheduled until 18 June, it’s widely assumed that Ebrahim Raisi, the country’s current judiciary chief, will be the regime’s next president. Raisi was one of just seven candidates allowed to compete for election by the regime’s Guardian Council in May, out of nearly 600 who had registered.

The remaining six are minor figures. Their selection was made to give the impression of choice in a process that was really designed to install the supreme leader’s pick as the country’s second-highest official.

Ali Khamenei’s expressed desire for a future Raisi administration is part of a larger plan to consolidate power inside his regime. In 2019, Raisi took control of the court, allowing Khamenei to carry out his harsh tactics against Iran’s dissidents.

Khamenei directly chose him for the position, putting him in the position of potentially replacing any of the Guardian Council’s six judges, as well as six clerics nominated by Khamenei.

Despite Rouhani’s embrace of some Western policy tendencies as a possible harbinger of serious reform, the Iranian Opposition has consistently believed that no such reforms exist in the regime because the totalitarian system forbids them, and Rouhani was not a reformist as one of the regime’s high officials involved in 40 years of oppression. Because any candidate who has truly asked for reform has been barred from standing by the regime.

In the month leading up to Raisi’s first presidential run, public awareness of his part in the 1988 killing of political prisoners grew dramatically, and it became clear that Khamenei’s backing of him was an invitation for regime officials to concentrate a greater emphasis on violent repression.

In 1988, the regime’s founder, Ruhollah Khomeini, issued a fatwa declaring opponents of the theocratic system, especially members and sympathizers of the People’s Mujahedin of Iran (PMOI / MEK Iran), guilty of “enmity against God” and hence subject to public execution.

As a result, officials across the country organized “death commissions” and tasked them with interrogating political detainees about their political beliefs and affiliations in order to determine who truly cared about Iran’s future as a democratic state. Raisi, as a contributor to Tehran’s principal death commission, was responsible for many, if not all, of the 30,000 people murdered in a few months.

The Iranian people have had enough of supporting the lesser of two evils only to have “reformist” leaders confirm that their group is misnamed and involved in genocide and terrorism.

This viewpoint was extensively expressed in November 2019, when a nationwide movement, led by Raisi, took place in response to the regime’s ruthless repression. In the end, public opposition to the religious rule found a fresh outlet in February 2020, when the regime’s lowest voter turnout in its history was recorded during parliamentary elections.

Even now the regime’s state media is already predicting a boycott of the upcoming presidential election, which Resistance activists are actively encouraging every day.