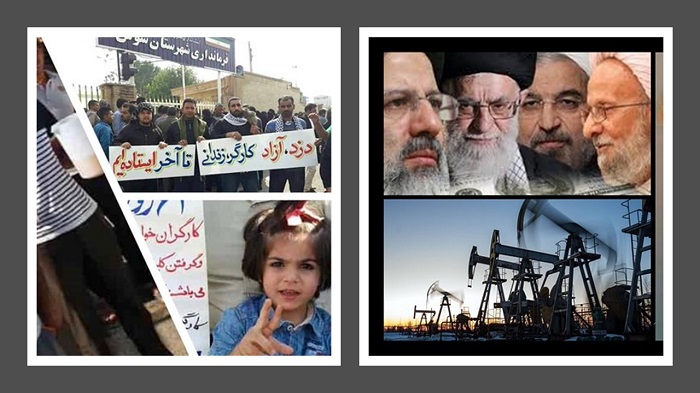 The rule of the mullahs in Iran is based on the principle of Velayat-e Faqih, or absolute rule of the clergy, and it is centered around the regime’s Supreme Leader Ali Khamenei.

#Iran: NCRI Holds Three-Day Plenary Session on the Beginning of the 40th Anniversary of Its Founding
Maryam Rajavi: Over the past 40 years, the #NCRI has been the most effective force against the ruling theocracy. #Iranian https://t.co/XX9cz2BFUN

In previous years, the West had sought to replace Khamenei with a reformist from within. But the past 40 years have proven that this regime is fundamentally unable to reform and Khamenei has further tightened his grip on power.

The situation of the reformists

Sadegh Zibakalam, one of the leaders and theorists of the reformist faction, wrote in the state-run Shargh daily on August 6, an entitled: “The failed reformists.”

“The bitter truth is that the reformists have not been able to take a step even to the extent of changing a cover. Their main faces and characters are the same faces and characters of two decades ago. The same figures who emerged during the reforms two decades ago. Meanwhile, in the last two decades, a new generation has emerged in the country. Important events and issues have taken place in the country in recent years, such as the failure of the JCPOA (Joint Comprehensive Plan of Action otherwise known as the Iran nuclear deal) and the protests of January 2018 and November 2019. The reformists remained silent about all of them or sufficed to say repetitive and general clichés. The slogan ‘Reformists, hardliners, the game is up’ also failed to wake them up.”

The lack of heavyweight figures is also important in the current reformists’ side.

Visiting the NCRI exhibit, a mirror reflection of 40 years of struggle, in the Museum of the Iranian people’s Resistance #FreeIran2020 #Iranhttps://t.co/vF6kAceqKu

Faezeh Hashemi, the daughter of the former president, Akbar Hashemi Rafsanjani, a member of the Kargozaran Party, told Ensaf news on August 13: “There were many hopes for (the Iranian regime’s president Hassan) Rouhani. My father created these hopes. After my father’s death, Mr. Rouhani changed, it was very unexpected, everything changed. Hope left after my father passed away. Many, including some reformist parties and individuals, changed, as if they had lost their support and no longer had any hope of change.”

Khamenei declared that he wants to assemble a Hezbollahi government. This first step in this regard was the parliamentary elections, which Khamenei “engineered” to elect Mohammad Bagher Qalibaf as its speaker. This traced the roadmap for further contraction after the November uprising, and the goal was to give more power to the Revolutionary Guards. But inside the government, this issue has turned into a challenge that has even weakened Khamenei’s own position and further weakened the entire regime by purging all the so-called reformists.

Although it has been 40 years since the death commissions, the #MEK, despite being forced underground, is now alive and kicking. It now heads the coalition with the National Council of Resistance of #Iran #NCRI.https://t.co/vqNEdCeGNH #FreeIran2020 pic.twitter.com/fbCwxjva22

Khamenei, who has ruled since 1989, is now in his 80s and suffers from prostate cancer. He is seriously considering a successor now.

– Regardless of whoever is elected as Khamenei’s successor, the IRGC, by shaping next year’s presidential election, is seeking that the next president will be someone from the IRGC or its representative.

Qasem Soleimani, is close to Khamenei, was ideal for this role. He could have also played an important role in choosing Khamenei’s successor due to his dominance over the IRGC.

However, there are also tough crises:

Protests that began in the fall of 2019 (November uprising), this time with a different nature, condemned Iran’s role in regional wars. People chanted slogans such as “Neither Gaza nor Lebanon, I sacrifice my life for Iran” and “Leave Syria alone, think about us instead”.

The main opposition to the regime, the Mujahedin-e-Khalq (MEK) is continuously gaining ground, to the extent that Khamenei himself has been obliged to acknowledge and warn against this trend. This makes the succession to Khamenei more delicate.

There is ample evidence that a larger uprising than the November uprising is on the way. This regime is at a standstill in all areas.

The coronavirus pandemic: The crisis of legitimacy is now exacerbated by the regime’s response to the coronavirus. The regime has inevitably preferred its interests and ideology to the welfare of the Iranian people, and this has resulted in a concentration of social anger against it. There are murmurs in the regime’s inner circles about the upcoming presidential election. An election that, if the current crisis allows it to take place, will face a serious challenge in the absence of a figure like Soleimani.