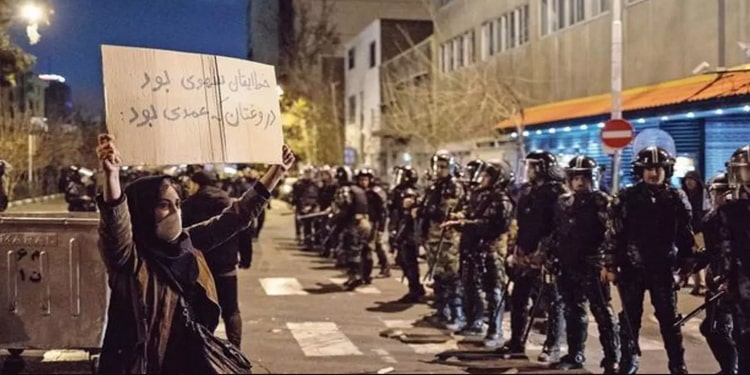 The Iranian regime is nearing the end of its rule. It is impossible for it to keep its grasp on power much longer given the increased international isolation it is facing and the domestic pressure it is under at home.

The National Council of Resistance of Iran (NCRI) and the  Mujahedin-e Khalq (PMOI / MEK Iran), For decades, it has remained in power through desperate, illegal, and belligerent methods, including the use and reliance upon the death penalty.

It has been reported that three prisoners, two of whom were political prisoners, were hanged in Zahedan in the north-eastern part of the country on Sunday.

In the past 20 days, at least 30 prisoners have been executed by the Iranian regime. Three Sunni prisoners were hanged on 31st December after being charged with being “outlaws” in the city of Mashhad. These three individuals had been tortured throughout their five and a half years in prison.

Brigadier General Qassem Rezaei, deputy commander of the State Security Force (SSF), ordered his agents to take tough action against the defiant young people across the country – “thugs” as he refers to them – saying that the agents should break their arms. He said that if these young people are found “on the scene” and appear to be unharmed, the agents “should answer why he is still unharmed”.

The people of Iran are fed up with the suppression and oppression that they have endured for so many years and they are resisting the regime’s efforts to silence them. Over the past few years, there have been several significant uprisings and nationwide protests that have made the regime realize that its rule is not a given. It has been pushed very close to collapse and it has reacted to this by responding with sheer violence and brutality.

In November 2019, a nationwide uprising erupted after a huge hike in fuel prices was announced. The regime was taken by surprise and it ordered security forces to push back hard on the people. As a result, at least 1,500 innocent civilians were killed, more than 4,000 seriously injured and many more thousands arrested.

As well as experiencing extreme repression, the people of Iran have also witnessed the regime’s belligerence across the region. The mullahs have instigated wars, killed many innocent adults and children across the region, plotted and carried out terrorist attacks and assassinations across the world, and so on.

The regime’s mismanagement and corruption have had such an effect on the people of Iran. The absolute poverty category is expanding and the people are struggling to afford the most basic of necessities. All the while, regime officials fill their pockets and enjoy their luxurious lifestyles and full bank balances.

The worst of the situation is that the international community has turned a blind eye to the regime’s human rights violations, in particular the European Union. It is the responsibility of all countries, especially those that place particular importance on human rights, to call the regime out for its violations and hold it to account. Otherwise, the misery of the people of Iran will be prolonged.