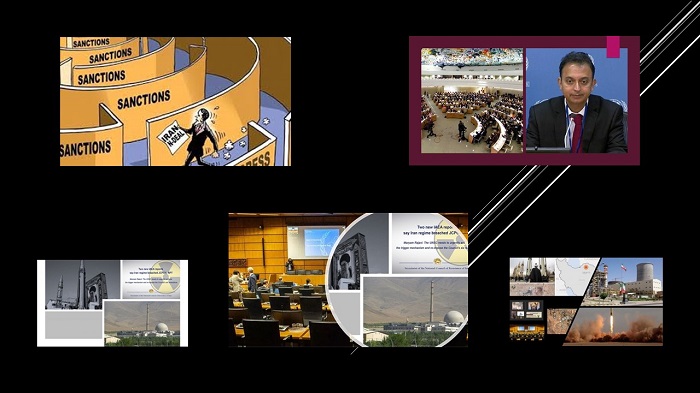 After the recent meeting of participants of the 2015 Iran Nuclear Deal in Vienna, there has been an increased optimism about the chances of restoring a mutual compliance agreement as reported by The National Council of Resistance of Iran (NCRI), and the People’s Mujahedin of Iran (PMOI / MEK Iran). The EU, Britain, France, and Germany are hoping to convince the US and the Iranian regime to return to a standard. Too little attention has been ascribed to whether this is a desirable goal or not, considering the change in circumstances in the wake of Iranian provocations.

The nominee for the Deputy Secretary of State, Wendy Sherman, said “The facts on the ground have changed, the geopolitics of the region have changed, and the way forward must similarly change.” There is little indication of the Europeans adopting a similar perspective. However, there is enough evidence that Tehran is endeavoring to exploit the EU’s commitment to moving backward.

The regime’s Foreign Minister Javad Zarif, said on Twitter, “Iran proposes a logical path to full JCPOA compliance,” referring to the nuclear deal’s formal name, the Joint Comprehensive Plan of Action (JCPOA). “The US which caused this crisis, should return to full compliance first; Iran will reciprocate following rapid verification,” he proposed, then added: “All Trump sanctions were anti-JCPOA & must be removed [without] distinction between arbitrary designations.”

Having posted that post-Vienna meeting, Zarif’s message underlines the fact that Tehran is continuing its blackmail policy. Zarif is proposing a situation where Western powers give Iran an ultimatum and guarantee the country’s leader will face no consequences for their violations, before or after the US withdrawal.

It has been two years that Iran has formally deviated from the JCPOA’s terms. The weaknesses of the JCPOA have become more prominent, often brought to light by the Iranian regime.

Ali Akbar Salehi, the head of the Atomic Energy Organization of Iran (AEOI), gave an interview with state-run media in January of 2019, where he boasted about the ways Iran had deceived its negotiating partners. Salehi outlines using decoy tubing and photo manipulation to convince external authorities that the core of the Arak heavy water facility had been deactivated. Later in 2019, he asserted that the AEOI had begun “countermeasures” to avoid being “trapped” by provisions limiting Iranian levels of quantities of enriched uranium.

Following the re-imposition of US sanctions, Iran began formally violating the agreement. Many of the deal’s proponents were surprised by the speed Iran was able to resume its levels of advanced nuclear work. This attests to the regime’s deceptive ways it “implemented” agreements as well as the other signatories’ complete failure to realize what Iran had accomplished before the deal began.

It cannot be said certainly that the JCPOA addressed the relevant Concerns about any secretive work proved correct following the JCPOA’s implementation when the IAEA confirmed that there was nuclear material at the Parchin military base. Similar nuclear material has been found at least two other sites and the nature of them has been reported by the NCRI, who also worked to expose Tehran’s clandestine nuclear weapons in the first instance.

It is good that western policies towards the regime remain unified, however, they must yearn for something more than a standardization, especially now Iran has admitted to previously disregarding the rules of five years ago.