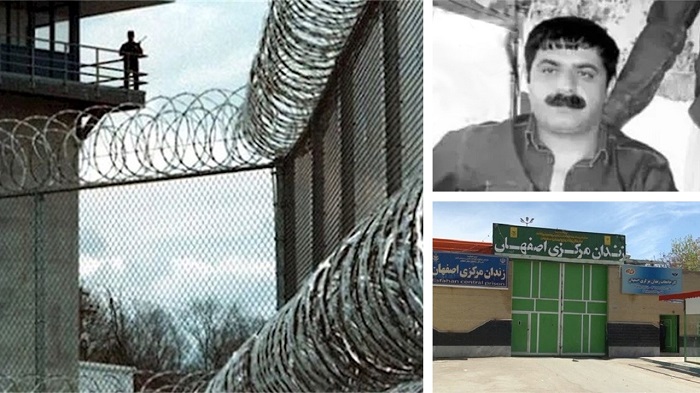 According to the Iranian opposition group The National Council of Resistance of Iran (NCRI), and the People’s Mujahedin of Iran (PMOI / MEK Iran), On September 29, an inmate was executed in Dastgerd Prison in Isfahan.

Dastgerd Prison authorities in Isfahan Central Prison hanged Abbas Gholi Salehi, 42. According to human rights activists, he was sentenced to 20 years in prison and a death sentence for drug-related charges.

Mr. Salehi had been detained since he was 22-year-old and spent all these years behind the bars without furlough.

On Tuesday, the authorities had transferred him to solitary confinement and called his family to visit their loved one for the last time.

Salehi’s relatives and friends rally in front of the prison

Flagrant hypocrisy within the mullahs’ regime

Iranian dissidents believe, this is flagrant hypocrisy within the mullahs’ regime in Iran and shows that the state uses death sentences to terrify society and nip public protests in the bud.

Inmates in Iran are systematically deprived of their legal rights, including a fair and transparent trial based on the ‘presumption of innocence,’ access to their lawyer, and more often than not, they are sentenced to severe punishments in kangaroo trials and without reliable evidence and testimonies.

The penal code has been set to facilitate executions

The mullahs’ penal code has been set to facilitate executions. There are enormous charges such as ‘waging war on God or Moharebeh,’ ‘corruption on earth,’ ‘disrupting the public order,’ and ‘action and assemble against the national security,’ in the mullah’s constitution, which results in the death penalty.

Autocrats, indeed, fit various cases with such ‘offenses’ and lead hundreds of people to the gallows every year. In this context, Iran is the record-holder of executions per capita across the globe. In 2020, at least 270 inmates, including political and civil activists, women, and juvenile offenders, were hanged, according to human rights activists.