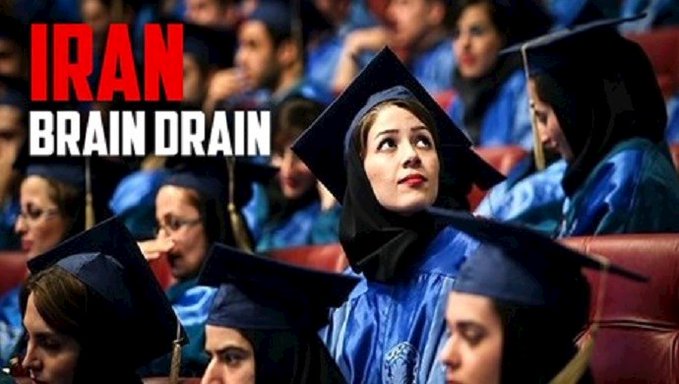 The National Council of Resistance of Iran (NCRI), and the People’s Mujahedin of Iran (PMOI / MEK Iran), reported that the coronavirus death toll in 547 cities surpasses 410,800.

Because of the Iranian regime’s harmful policies, brain drain has become a worsening issue. Doctors, nurses, engineers, and other members of the Iranian elite are departing the country in search of a better life in other nations.

Iran’s brain drain problem has long track record. Following their ascension to power, the mullahs’ administration adopted measures that forced large segments of Iran’s population, including professionals, the educated, and others, to leave to other nations.

The Iranian opposition, the People’s Mujahedin of Iran (PMOI / MEK Iran) condemned Iran’s brain drain and the regime’s supreme leader Ruhollah Khomeini for establishing dictatorship and repression following the 1979 revolution. In response, in November 1979, Khomeini completely ignored the matter and made ludicrous remarks.

Iran continues to suffer from elite and brain drain

Since then, more than four decades have gone. Iran continues to suffer from elite and brain drain, with a major portion of the country’s valuable human capital leaving on a daily basis to settle in other countries as a result of the current regime’s reactionary policies.

In an interview with the state-run Shargh daily on August 23, Mohhammadreza Zafarghandi, the regime’s Medical Council director, revealed that during the last year, 3,000 applications for immigration to other nations had been sent to this institution by doctors.

The reasen for rise of immigration

Long hours, being separated from family, extending the study duration, low earnings, and other comparable issues, according to Zafarghandi, have all contributed to the rise in immigration applications.

Despite the fact that these concerns are apparent, Zafarghandi pinpoints the primary reason for the emigration of doctors from Iran in another part of his remarks. “know that individuals, graduates, and especially the youth of the society, will migrate elsewhere if they are valued more.” the regime’s officials must understand.

However, Ali Tajernia, a senior advisor to the regime’s Medical Council, stated in January that more than 3,000 doctors had migrated from Iran, adding that the exact number of immigrant doctors could be much higher because there are approximately 400 Iranian dentists working in just one Canadian province!

According to statistics provided by Iran’s Ministry of Sciences in 2020, around 145,000 people leave from Iran each year, with 105,000 having a university degree.

20 scientific elites were migrating from Iran every day

In December 2020, Mohammad Vahidi, the first deputy chairman of the parliament’s Education Commission, claimed that 20 scientific elites were migrating from Iran every day, claiming that Iran was the world leader in brain drain.

Aside from doctors, trained nurses are also fleeing Iran, and their numbers have risen dramatically in recent years.

In an interview with the state-run Jahan-e-Sanat daily on May 6, Mohammad Sharifi Moghaddam, secretary general of Iran’s Nurses’ House, revealed that between 100 and 150 nurses have been moving from Iran every month recently.

Rate of nurses leaving the nation is 3 times higher

However, Armin Zareiyan, chairman of the Board of Directors of Iran’s Nursing Organization, believes that the rate of nurses leaving the nation is nearly three times higher.

On April 11, Zareiyan stated that 500 nurses go to Europe and the United States each month.

The Iranian dictatorship also has the world’s greatest number of nurses dying from Covid-19, with 130 now infected.