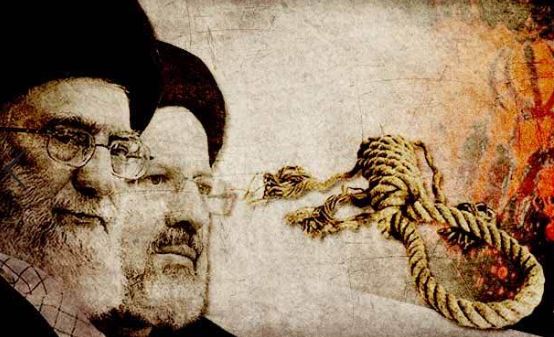 The manipulated presidential election held by the Iranian dictatorship took place last Friday, and criticisms have rushed in from all corners since then. On Monday, Ebrahim Raisi had his first press conference, in which he seemed to reply in a roundabout way to the charges that had hounded him during his campaign and fuelled the boycott.

Even though the regime acknowledged that fewer than half of eligible voters participated, the boycott’s major organizer, the People’s Mujahedin of Iran (PMOI / MEK Iran) disputed Tehran’s estimate of voting turnout.

The MEK calculated that the actual participation rate was less than ten percent, based on information from more than 1,200 journalists and 400 localities, a result that Mrs. Maryam Rajavi, the National Council of Resistance of Iran or NCRI President-elect, called “the greatest political and social blow to the ayatollahs’ Supreme Leader Ali Khamenei and the ruling theocracy.”

When it comes to Western foreign policy, the MEK and the NCRI have been particularly dismissing the “hardliner vs. reformist” narrative. Mrs. Rajavi, other Resistance activists, and even NCRI supporters in Western policy circles have tended to describe European and North American countries as promoting “appeasement” of the Iranian regime in the hopes of empowering reformists to counter a hard-line faction’s more openly hostile political tendencies.

The number of total executions under Rouhani’s eight years in office was actually higher than during the preceding eight years in government when the president was held by confessed hardliner and firebrand Mahmoud Ahmadinejad.

In this context, authorities commanded the Revolutionary Guards to opened fire on masses of protesters when unrest erupted in about 200 cities and towns at the same time.

In a few days, over 1,500 peaceful demonstrators were slain, and more than 12,000 people were detained. Following that, the judiciary engaged in months of methodical torture.

The judiciary had been placed in the hands of Raisi at the time of the second uprising, and he would go on to be put forward as the only plausible contender to succeed Rouhani.

“I have always been a defender of the people’s rights,” Raisi claimed in his post-election press conference, despite his role in overseeing such massive torture. Human rights have always been the central focus of my efforts in all of my roles.”

Raisi was apparently referring to the widespread disapproval of his candidacy stemming from his position as a crucial figure in the Tehran “death commission,” which was responsible for 30,000 people being executed in the genocide of political prisoners in the summer of 1988.

The “Free Iran World Summit,” will serve to emphasize Tehran’s nefarious continued activities unabated under “reformist” rule. In light of the boycott’s “political and social blow” to a regime already vulnerable due to years of public turmoil, the event will almost certainly make the case that the international community would be unwise not to support the push for regime change.