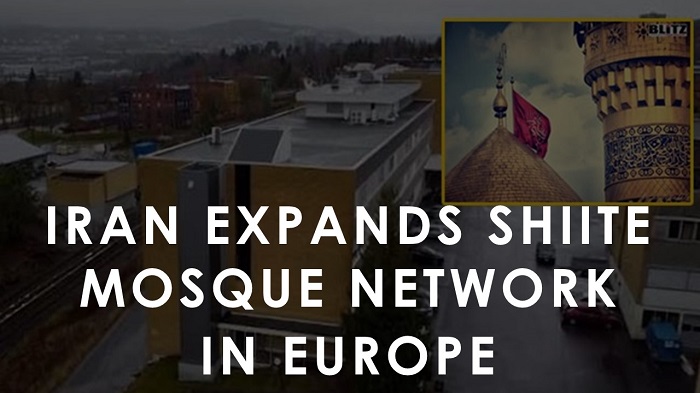 The National Council of Resistance of Iran (NCRI), and the People’s Mujahedin of Iran (PMOI / MEK Iran), reported that the Iranian regime has established a vast network of Shiite mosques and other Shiite organizations across the European territory with the agenda of exporting its infamous activities and ideologies.

The Norwegian Police Security Service (PST) has reported that in November 2020 it requested expelling from Iran-funded Imam Ali Shia Mosque, Oslo, for its involvement in radicalizing and encouraging terrorist attacks on Western nations, Israel, Saudi Arabia, and the United Arab Emirates and also aiding members of Iran-backed Hezbollah terrorists in the European nations.

The deportation of the imam remains pending before the Norwegian court. The reason for his expulsion was described by PST as “based on national security interests.”

The imam’s name is, HojjatolIslam Seyyed Mostafa Motahari, who went from Iran to Oslo in 2016 according to the Investigative Project on Terrorism. The imam is suspected to have worked for Iran’s intelligence ministry and to have connections with the deep-covered Tehran’s spy, Mohammad Davouzadeh Loloei, convicted of gathering information on Iranian exiles in Denmark by a Danish court in June.

In 2017, Motahari confirmed his delight in the number of Arbaeen demonstrations taking place across the whole European soil in a piece published on its website.

Arbaeen is a Shia religious practice occurring 40 days after the Day of Ashura, commemorating the Hussayn ibn Ali martyrdom, the holiest Shia figure murdered in a 680 CE battle at Karbala. The Iranian regime has used a public plea ceremony in Europe until a few years ago. The Iranian regime has used it in the last few years such as the annual Al-Quds march as a political protest throughout Europe.

In his previous official positions, Motahari’s devotion and affiliation with the Iranian Supreme Leader have been evident. Prior to being chosen as the imam of the mosque in Oslo, Motahari worked with the Dar-ol-Hadith institution, which was created in 1995 by Khamenei’s direct orders as one of the subordinate bodies of the Al-Mustafa International University, one of Iran’s main channels for disseminating Khomeinist ideology abroad.

All this juxtaposes with the website of the Imam Ali Mosque that claims to be “an independent public and religious institution with no ties to any government”.

According to hajj.ir, which is affiliated to the Hajj pilgrimage office of the Iranian Supreme Leader, the head of the Imam Ali Mosque in Norway is the one of HoyjatolIslam Seyyed Mostafa Motahari.

In an open letter published on the website, Ayatollah Khamenei’s 2015 stated, “The Islamic world has been the victim of terror and brutality to a larger extent territorially, to greater amount quantitatively and for a longer period in terms of time. Second, that unfortunately this violence has been supported by certain great powers through various methods and effective means.”

By spreading the complex network of Mosques and Islamic centers, the Regime continues to use Europe’s guidelines as a ground for promoting and protecting freedom of religion, however, the real intention is, to spread the Khomeinist ideas of political Shia Islam.