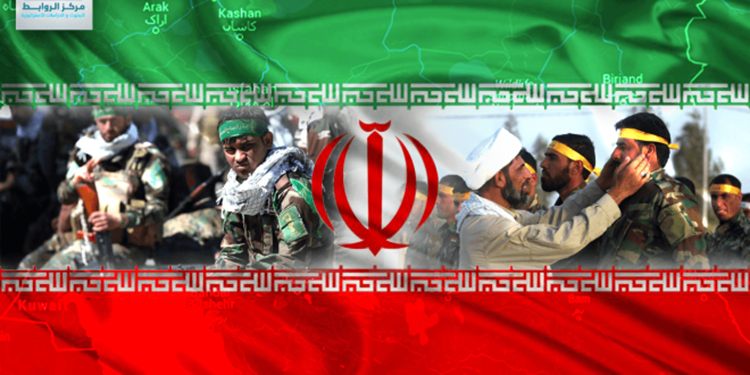 The Iranian Regime is testing the US’s resolve in the south-eastern areas of Syria, as the Regime fights to take over the area that the combined forces have to take back from the so-called Islamic State.

Amir Toumaj, a Research Analyst at Foundation for Defense of Democracies (FDD), and Caleb Weiss, a contributing writer, wrote an op-ed for FDD’s Long War Journal, in which they highlight that the Regime’s rush to seize reclaimed land in Syria, that belongs to the Syrians, is rightly irritating the Americans.

Toumaj and Weiss assess that the forces have clashed before, most notably after the pro-Syrian-Regime convoy came too close to the US de-confliction zone in Tanf.

They wrote: “The Tehran-controlled Sayyid al Shuhada Brigades acknowledged one death and six wounded as a result of the strike and a posted a video online, marking the first time the US has targeted such forces during the six-year war. The militia listed its affiliation in the Iraqi Popular Mobilization Forces (PMF) as its 14th Brigade.”

Of course, there are actually two major conflicts currently happening in the country:

1. The fight against ISIS, for which, nominally, both the US and the Iranian Regime are on the same side

Toumaj and Weiss wrote: “The forces backed by Iran and the US have clashed by the Zaza junction, which is near Tanf, according to the Iranian-backed Imam Ali Brigade and US-backed groups. Last month, pro-regime forces had wrestled that junction from US-backed forces several days prior to the US airstrike.”

They continued: “The Free Syrian Army (FSA)-branded groups accuse Russia of striking their forces during an offence on Zaza. One told Reuters that Russian jets hit them as they were storming defences of Iranian-backed militias. US officials have yet to publicly comment on the claim. If true, the strike indicates Russia is will to take action to protect pro-regime forces against US-backed forces, but how far it is willing to go is unclear. Initially withdrawing following the US strike, the Iranian-directed militias have continued to hold positions near Tanf.”

It appears that the reason behind the Iranian Regime’s bizarre land grab could be because they want to control an important crossing between Iraq and Syria which has previously allowed limited numbers of civilians to leave the area. But why? To create a land crossing to transport materials, weapons and troops, continuing the Regime’s policy of creating Shi’ite Crescent.

Toumaj and Weiss wrote: “While a viable Iraq-Syria land crossing would permit Iran to transfer material, its air bridge to Syria would still continue to serve as a primary supply route to the Levant. The air bridge, however, remains vulnerable to US military action. While Iran seeks to re-open a viable land route that has been unavailable since Syrian opposition forces shut it down by late 2012, it faces the significant obstacles of the US, as well as holding a route in areas laden with hostile insurgents. Several Iraqi, Lebanese and Syrian militias controlled by Iran’s Revolutionary Guard have been spotted with Syrian regime forces on the Tanf front. At least 3,000 Hezbollah forces were reportedly sent toward the Tanf front last month, according to Fars News, a media outlet affiliated with the Revolutionary Guard. That figure may include Lebanese Hezbollah as well as other Shiite militias. The five known Guard-controlled Iraqi militias active in the front including Harakat al-Abdal are operating in both Iraq and Syria. A Guard-backed Syrian militia, the Sayyida al Raqqia Brigade, has also been spotted on that front.”