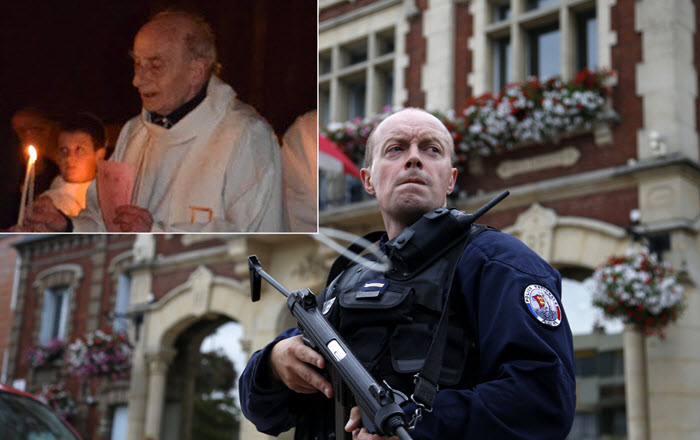 Following the terrorist attack in northern France in which an elderly priest was brutally murdered in a church, Mrs Maryam Rajavi, the Iranian Resistance’s President-elect, strongly condemned the cowardly attack, reports the National Council of Resistance of Iran (NCRI). Rajavi described this heinous killing as being in “diametric contrast to the teachings of all major religions and humane values”.

She sent her condolences to the people, to the government and to the Church of France, saying that this brutal crime is a “reminder of the crimes of the clerical regime over the past 37 years against the people of Iran, their Christian and Sunni religious leaders and even the Shiite clergy who did not bow down to the Iranian regime”.