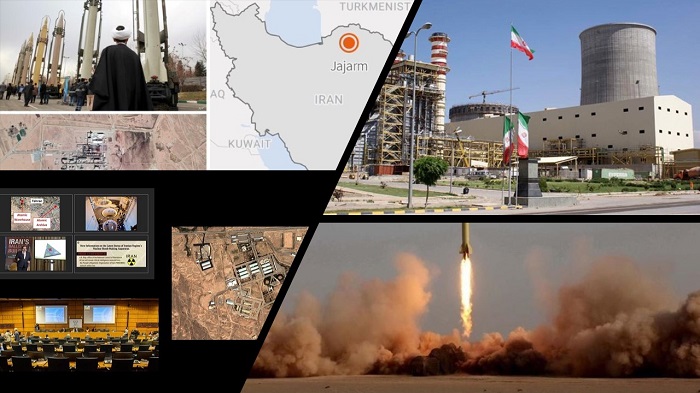 Reuters published a special report on Wednesday highlighting one of the Iranian regime’s secret projects which is to produce aluminum powder for use in its missile program.

The report described the project as taking place at the fringes of the desert in northeast Iran, in North Khorasan province. It is close to the largest bauxite deposit in the country where there is a production complex producing aluminum.

By: Alejo Vidal-Quadras#Iran: This operation clearly signified the #Iranian regime’s commitment to proceeding with its military buildup and attempted intimidation of foreign adversaries, regardless of risks stemming both from those adversaries and…https://t.co/hH8IY0R11A

As the Iranian people face poverty, as well as the COVID-19 pandemic, the regime doesn’t bother to help them out but instead whittles away billions of dollars of the country’s wealth on nuclear and missile programs.

This production of powder began more than 5 years ago, stated a former regime official who headed public relations between 2013 and 2018. He was also a parliamentary affairs envoy in the office of the vice president for executive affairs, which was responsible for monitoring the regime’s economic policies. This ex-official, Amir Moghadam, mentioned he had been to the facility twice and that production was underway but in 2018 he departed Iran.

The Reuter’s report stated that the production of aluminum powder to be used in missiles wasn’t supposed to happen in Iran, as there are sanctions imposed on the country to stop it from getting its hands on any “advanced weapons technology.” The United States and its allies see Iran’s missile potential as a threat to both the region and the rest of the world.

This aluminum powder program, Reuters said, is called the Jajarm facility and it is under the control of the Iran Alumina Company which is a subsidiary of Iranian Mines and Mining Industries Development and Renovation Organization (IMIDRO) which is a state-owned mine and metal holding company. IAC and IMIDRO have not as yet commented on their business concerns. The IAC website typically says it operates a bauxite mine and an aluminum production concern at premises situated about 10 kilometers NE of Jajarm. Bauxite is processed into alumina and this is used to make aluminum metal. The aluminum powder is made from the metal.

Why the Iranian Regime needs to increase its stockpile of missiles

The Iranian regime faces one crisis after another so one way it can extend its existence is by increasing its holding of missiles. Because the region is aware of its warmongering tendencies the mullahs’ regime is now subject to international isolationism. Also, the November 2019 protests in Iran, where the people were looking for a change in the regime and the boycotting of ballot box at the sham parliamentary elections show why the regime feels threatened. Iranian society is becoming more and more restless as it sees how badly the regime has handled the COVID-19 crisis with so many preventable fatalities. All the regime has done in response to the pandemic is to squander the country’s resources for its ends and not for the benefit of the Iranian people as a whole.

#Iranian opposition to the Mullahs regime, the #NCRI through the reports provided by the #PMOI #MEK #Iran has made the international community aware of the intentions of the Mullahs to build nuclear weapons capabilityhttps://t.co/edwD9PvKmw #IRGCTerrorWithoutBorders @USAdarFarsi

The US State Department’s Bureau of Arms Control published its 2020 report in which it has referred to the Iranian regime’s infringements of the nuclear Non–Proliferation Treaty (NPT). It also mentioned the role of the Iranian Resistance (NCRI) has played in exposing the regime’s nuclear activities.  This goes back to 2002 when the (PMOI / MEK Iran) revealed the facts about the intentions of the regime to obtain nuclear weapons and that nuclear facilities were under construction at Natanz and Arak which had not been declared to the IAEA.

The request is to now demand that the international community take a firmer stand on Iran’s illicit activities. Once it arms itself with more and more dangerous missiles it starts to become a global threat. The United Nations Security Council must extend the arms embargo on the regime now. Before the Iranian suffer any more the international community must back the Iranian people’s wish for a regime change and fully recognize their right to resist and overthrow the current regime.