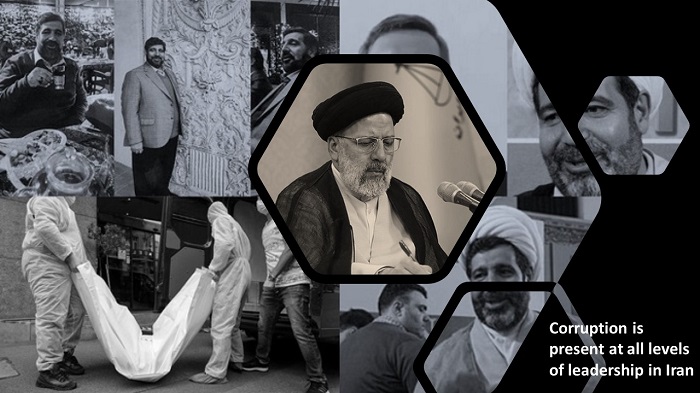 The Iranian regime is corrupt to its core. Corruption is present at all levels of leadership in Iran. It is impossible to remove the corruption because it is so embedded in the regime’s malign policies. To remove all corruption would be for the regime to collapse.

The regime, over the past few years, has had no choice but to address the corruption issue because it has been highlighted by many different organizations, governments across the world, and by the people of Iran.

There have been several attempts to weed out some of the corruption. If they can even be called attempts – rather the regime has held a few show-trials to make it look like it is taking the issue seriously.

The former executive deputy of previous judiciary chief Sadegh Amoli Larijani, Akbar Tabari, is currently on trial, as are several other regime officials.

However, one recent event shows that the regime is very concerned about the situation escalating to such an extent that it has ordered the assassination of Gholamreza Mansouri.

Assadollah Assadi told them to take the bomb to Paris and detonate in a rally organized by #NCRI #Iran with an attendance of 100,000 supporters of The #PMOI / #MEK United operation by the German, French, and Belgian intelligence services. https://t.co/0dUuwKilkY @USAdarFarsi pic.twitter.com/EQo2xQtUHD

Mansouri, a former judge, fled to Romania several years ago. The fugitive recently died after allegedly jumping out of his hotel window in Bucharest.

However, there is no explanation for his suicide as he was not going to be extradited to Iran. And he had considerable wealth (amassed from taking bribes while he served as a judge). His death bears all the hallmarks of an assassination ordered by the Iranian regime.

Iran’s notorious Islamic Revolutionary Guard Corps (IRGC) has tried to pin the blame on the (PMOI / MEK Iran), saying that it is going to look for evidence that the MEK killed him because of the “injuries” it suffered under Judge Mansouri.

The current head of the judiciary in Iran, Ebrahim Raisi, appeared on television recently to talk about corruption in the country. One would have expected him to say that the regime was taking a hard stance on the corruption and that he will be doing everything he can to better the situation. However, this was not the case at all. Rather, he tried to skim over the subject and even gave terrible excuses and justifications for corruption.

Speaking about the Tabari case, Raisi said that it was an “exception”. This is not an exception at all. This is just one minuscule drop in the ocean when it comes to corruption in the regime.

When #Iran‘s officials try to pretend fighting corruption & take the lid off such cases, they end up digging themselves into a hole. Probes open up a Pandora’s box of cases that inevitably trace back to high-profile officials & regime leader Ali Khamenei.https://t.co/ViXLRDUNos

Raisi did take the occasion to deflect to the executive branch led by President Rouhani, highlighting that the different factions of the regime are almost at war.

The interview was a disaster and shows that the Iranian regime has reached an impasse. There is nothing it can do to guarantee its survival.