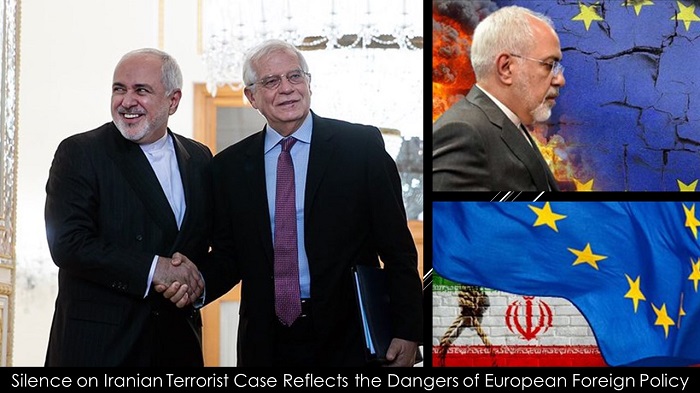 Josep Borrell, Head of Foreign Policy of the European Union, recently announced that at the beginning of March he will be taking part in the Europe-Iran Business Forum. One keynote speech at the session is expected to be delivered by Borrell, while another will come from Iran’s foreign minister, Javad Zarif.

The proposals have triggered upset among the opposition of the Iranian regime who had urged Borrell and other leading European officials to take specific measures against Zarif. This follows the sentencing of Assadollah Assadi, a former high-ranking Iranian diplomat on 4 February, who was given 20 years prison service after a failed attempt to unleash a bomb at a 2018 conference of Iranian expatriates near France.

The International Committee in Search of Justice (ISJ) described the forthcoming Business Forum as an example of ‘catastrophic capitulation to the Iranian regime’s attempts to bomb and kill people on European soil’, in a statement voicing concerns over European silence on the matter of that conviction.

The statement was signed by former officials from Britain, Italy, and Portugal, along with former Vice-President of the European Parliament Alejo Vidal-Quadras, who now operates as Chairman of a non-governmental organization focused on upholding human rights and democracy in Iran.

The Assadi case was tried in Belgium

The Assadi case was tried in Belgium, and in early 2020, the nation’s security service published a report alleging that Assadi did not carry out the terror attack on his own initiative, but that it was commanded from high within the regime. Organizing the target event, the National Council of Resistance of Iran (NCRI), and the People’s Mujahedin of Iran (PMOI / MEK Iran) declared that both Supreme Leader Ali Khamenei of the regime and President Hassan Rouhani had collaborated to plans for the strike.

The concerns expressed by the members of the ISJ directly involve the potential for international platforms, like the Europe-Iran Business Forum, to give the regime undue legitimacy, as well as the Iranian officials who will participate directly.

The EU, by suspending the Business Forum in response, certainly made the right decision. However, the value of that move will be effectively invalidated if, after a delay of three months, Borrell and other European representatives undertake the resumption of their original plans.

As it stands, the overall conduct of Iran has not changed, given that thousands of Iranian people were detained and tortured in the aftermath of November’s 2019 uprising, as part of a crackdown that also included an estimated 1,500 peaceful protesters being brutally murdered by the Islamic Revolutionary Guard Corps (IRGC).

Further to this the regime consistently uses executions as a means to instill fear and order over the citizens of Iran. In January, at least 27 people were executed by the Iranian judiciary, renewing its reputation as the country with the highest per-capita execution rate in the world. The regime killed at least seven prisoners on 1 February.

This will only send a dangerous message to the Iranian Regime; that they are free to continue their brutality and pursue their terrorism in Europe.