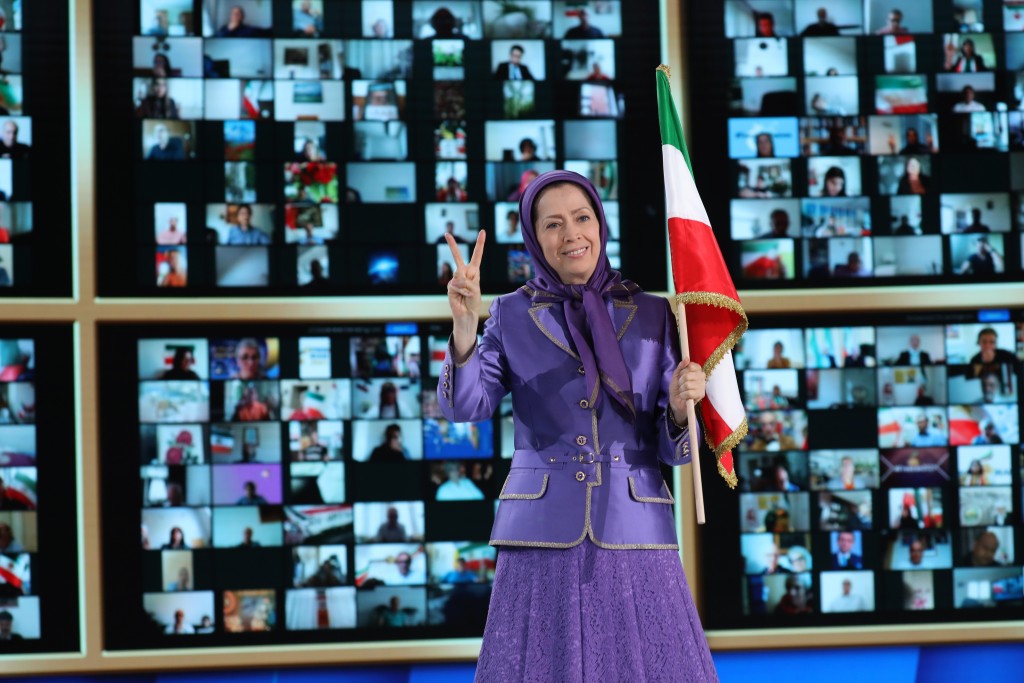 Mrs. Maryam Rajavi, the President-elect of the National Council of Resistance of Iran (NCRI), speaking on the third day of the Free Iran World Summit 2021, the Democratic Alternative of the March to Victory, said that Khamenei’s installation of Ebrahim Raisi, the murderer of the MEK and henchman of the 1988 massacre, “destroyed the myth of moderation in political terms.”

“As far as the international community is concerned, this is the litmus test of whether it will engage and deal with this genocidal regime or stand with the Iranian people. The United Nations must not allow Raisi to attend the next session of the General Assembly.” Mrs. Rajavi added.

In his speech, Italian Prime Minister Matteo Rentzi stated, “the idea [that we could] arrive at a very important point of change in Iran was, unfortunately, a failure. And I recognize that now… So, the only way for the European Union today is to learn from our past, also from our mistakes, because we tried very strongly to achieve a good result for peace, but it was impossible.

The European Union has to refuse that approach and try to give hope to the people who are fighting against the regime.”

In his statement to the Summit as an economist, Carlo Cottarelli, former director of the International Monetary Fund’s Fiscal Affairs and Italy’s interim Prime Minister in 2018, remarked that Iran has always been at the centre of world civilisation over the millennia.

However, the current awful condition as a result of the mullahs’ control is sad to behold, he continued, as the Iranian people suffer enormous challenges, including economic hardships and a lack of freedoms and democracy.

“I think when you couple that very low turnout in the election with the rising level of protest in 2019 and 2020, again, all around Iran, it shows just how fragile the regime support is and how ultimately its survival depends on the Revolution,” John Bolton, the US National Security Advisor from 2018 to 2019, said of the regime’s sham presidential election.

Raisi’s election, I believe, demonstrates that making compromises to the dictatorship would not change its behaviour.”

The ascension of Raisi, a mass murderer, is an indication of the dictatorship’s instability, according to Mayor Giuliani, and indicates “just how close this regime is to collapsing.”

He went on to say that the regime’s plan to instal Raisi, who he described as “not just a mass murderer, but a prominent mass murderer who basically admits it,” was “extremely stupid and risky.”

“These people [regime officials] are very shrewd evil people,” Mr. Giuliani remarked, referring to the regime’s terrorist schemes against the Iranian Resistance in Albania and Villepinte, France. We’ve seen a pattern here. We witnessed it a few years ago when they attempted to kill us, even involving Iranian diplomats in the people that were heading to France and Tirana to blow us up. That’s a warning of impending doom. That’s a sign that things aren’t going their way.”