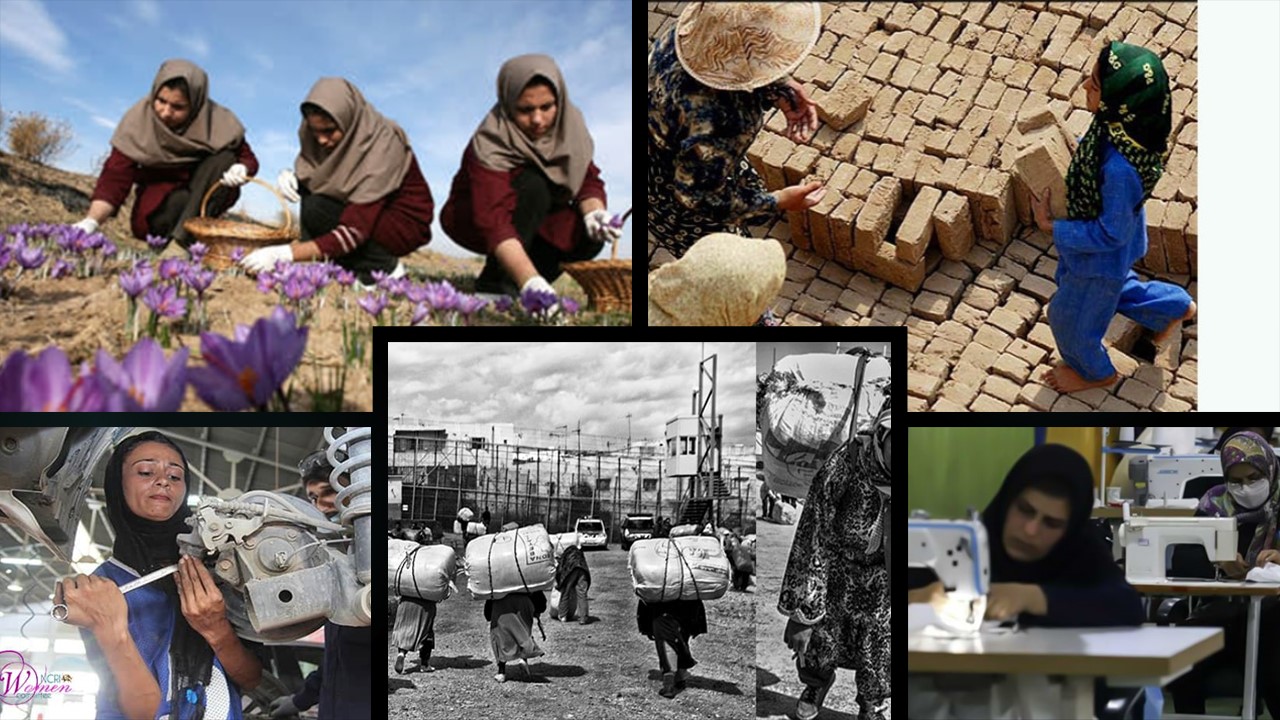 The National Council of Resistance of Iran (NCRI), website, Women’s Committee reported that the suffering of 26 million Iranian workers, particularly women, remains untold. Female workers, whose living conditions are ruled by the corrupt and misogynistic mullahs are worsening every day.

In rural areas, women have traditionally done 80% of the work in agriculture, animal husbandry or irrigation, however, more recently women are being forced to take jobs in construction and labour due to the lack of factories that would usually employ them.

The terrible working conditions, the widespread poverty and deprivation and the current economic crisis have exacerbated these women’s difficult situations. Women engaging in unsafe professions such as being a kulbar or a construction worker is increasing.

The regime set a minimum wage for Iranian workers for the Persian year 1400, which is almost four times lower than the poverty line. Meanwhile, the state-run Mostaghel Newspaper said on 1 June 2020, “the wealth of Khamenei’s economic institutions at his headquarters is equivalent to one trillion dollars”.

The state-run Ressalat Daily noted on 15 October 2020 “In the first 6 months of the Persian year 1399, steelmakers, petrochemical professionals, and mine owners received 600,000 billion tomans in rents”. This is in contrast to the “9,800 production units” close, as reported by the Sharq Daily in April of 2021.

Female workers in Iran are often hired informally for their physical labour at a very low wage that does not cover a tenth of their living expenses. According to statistic compiled by government news agencies, 60% of employment in Iran is informal.

In 2017, the financial institutions of the Social Security Research Organization announced that about 80% of the employees without insurance were women.

A labour market is a vulnerable place for female workers, and around one million women were fired during the pandemic.

In Kurdish areas, many women have been forced to become Kulbar, or porters to support themselves and their families, however, they receive a reduced pay, due to their comparative strength to their male counterparts.

Women and children are also forced to take jobs in kilns. There are more than 500 brick kilns in West Azerbaijan province alone. Most of these women work without contracts in conditions lacking safety standers, with outdated and dangerous machinery. Work-related accidents are so here as employers refuse to provide boots, helmets, gloves and other very basic safety equipment.

Whilst in these dangerous, physically demanding workplaces they are mostly uninsured with verbal contracts and poorly recorded work hours. Workers with more than 20 years of experience are ineligible for insurance, and if it is covered, the cost is deductible from their wages.

Poor safety standards and equipment has also worsened during the pandemic, with Tehran municipality workers not being provided masks. If they get sick, they receive no assistance.

Haji Deligani, a member of the mullahs’ parliament, spoke to this issue, acknowledging, “We have COVID-19 patients who did not have insurance but had to go to the hospital. They were charged 9 million Tomans for 6 days of hospitalization” (The state-run Farhang Radio, April 15, 2020).

The disregard for workplace safety, lack of trustworthy employers, the poor minimum wage and the continual ravaging of coronavirus puts Iranian workers, especially women, in more and more danger.