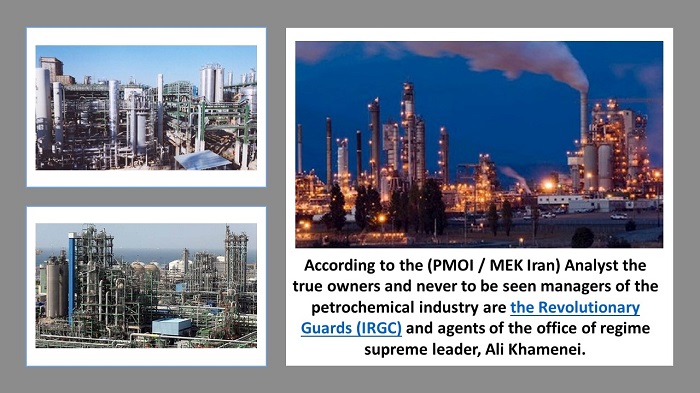 The New Persian Year of 1400 was brought in on 21 March, with the economic crisis set to deepen in the new year. The National Council of Resistance of Iran (NCRI), and the People’s Mujahedin of Iran (PMOI / MEK Iran) report that despite the mullah’s claims, this economic pressure is a direct result of the regime’s actions, having mass social consequences.

On Tuesday, Jahan-e Sanat daily wrote an article titled ‘super inflation of 1400 is on its way’, saying, “economic and social crisis has driven the country to a dangerous point.” Jahan-e Sanat wrote, quoting one of the regime’s economists, Mohsen Rannani.

Prices are skyrocketing and many Iranians are unable to make ends meet. The regimes institutionalized corruption and its extension to its economic policies have sent the inflation rate rising, affecting the price of necessities.

“Iran’s economy is entangled in microeconomic destabilization. The worst problem of this crisis is the rampant inflation rate,” wrote the state-run Eghtesad news on Monday, 5 April.

It was announced recently by Abdolnasser Hemati, Iran’s Central Bank Chief, that the government had begun printing banknotes to deal with its budget deficit. Increasingly the liquidity, the inflation rate, and prices for goods increase.

The regime claims it will control the inflation rate. The Public-Private Partnership Bill is also be used to auction public assets by the regime, adding to the plundering and devastation of the economy.

The regime’s Supreme Leader Ali Khamenei called 1400 the year of ‘Production support and the elimination of obstacles’, however because of the regime’s institutionalized corruption, a host of Iranian factories are industrial units are closing.

The closing is due to the regime’s so-called “privatization plan”. Article 44 of the constitution has been utilized by the regime to facilitate the exchange of large parts of Iran’s economy into the ‘private sector’. This becomes the façade for the Revolutionary Guards (IRGC).

A ‘Public-Private Partnership Bill’ is due to be passed by the regime as part of the 1400 budget bill. “The [plans] is a sensitive, complex, and corrupting one. The beneficiaries, by carefully designing the decision to choose the marketable plan, pricing, buyer selection, cash conditions, and installments, are left to six people,” wrote the state-run Mashreq news on November 1, 2020, adding that “The selection of these people is also a sign of corruption.”

Iranian economist, Farshad Momeni, in an interview with the state-run ILNA News Agency on 31 March, had estimated that the corruption is “nearly two quadrillion tomans,” or around $79 billion.

Western companies are eager to utilize the Iranian market and establish a ‘mutual economic partnership’ with Iran and its ‘private sector’. The regime insists the financial relations will help Iranians; however, it can be deduced that the money would feasibly end up in the IRGC or be lost elsewhere in the regime’s corruption.