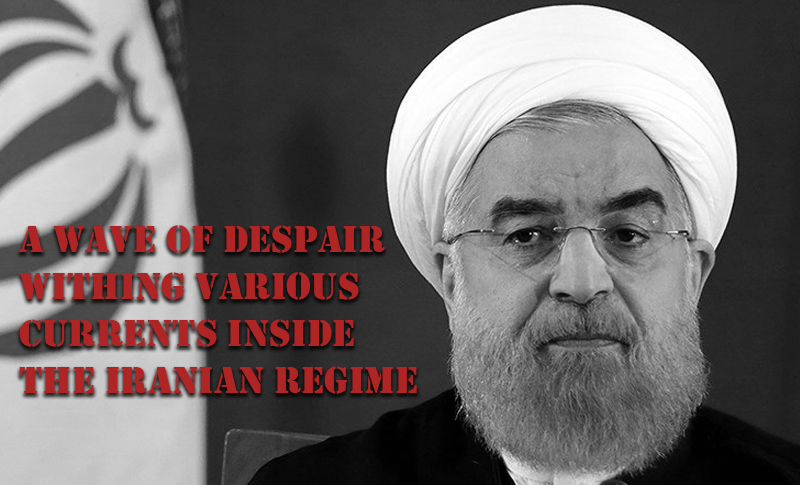 The National Council of Resistance of Iran (NCRI), and the People’s Mujahedin of Iran (PMOI / MEK Iran), reported the state media warns of social unrest in view of the growing economic and social crisis just months before the regime’s shameful presidential election.

The state-run Sharq daily referred to the national boycott of the regime’s parliamentary elections in February 2020 and underlined, “The forthcoming presidential election will probably not be widely welcomed by Iranian citizens.”

The government agreed to a deal that would raise the pay of employees to 3.9 million tomans. Although some officials praised this wage increase, the government media recognized that the new wage rate for workers is well below the poverty line.

According to the state-run Aftab-e Yazd daily on Monday, “even though this increase in wages is more than in previous years, it still has a significant distance from the real inflation in the country. It is not clear what is happening to the working class of society these days.”

“The 10 million toman poverty line indicates the difficult conditions of low-income families, especially workers. The difference between income and the poverty line is a repeated story. But the skyrocketing prices due to the coronavirus have made this difference more important than before.”

Rather than intervening, regime officials often complain about the situation on international sanctions for the Iranian economic crisis.

“This inefficient state of the country’s economic management must end. From 2014 to this year, people’s purchasing power has fallen sharply. An important part of the problems now is not the sanctions but the weakness of management.

Inadvertently, (the government’s officials) have drastically devalued the currency against foreign currencies. You can also see the status of the stock market.

(President Hassan Rouhani) claims that both the centrifuges and the economy are running. Such words are strange and disappointing in this situation,” announced on 6 March the state-run news agency Fars, citing Mohsen Rezaei of the Expediency Discernment Council Secretary of the regime.

Although these economic problems have turned society into a time-ticking bomb the government’s media warn officials that the regime’s upcoming unwelcomed presidential elections and subsequent protest will be downplayed.

While the government had tried to deceive people using its ‘reformist’ faction, the representatives and their media recognize that this scheme does not work anymore.