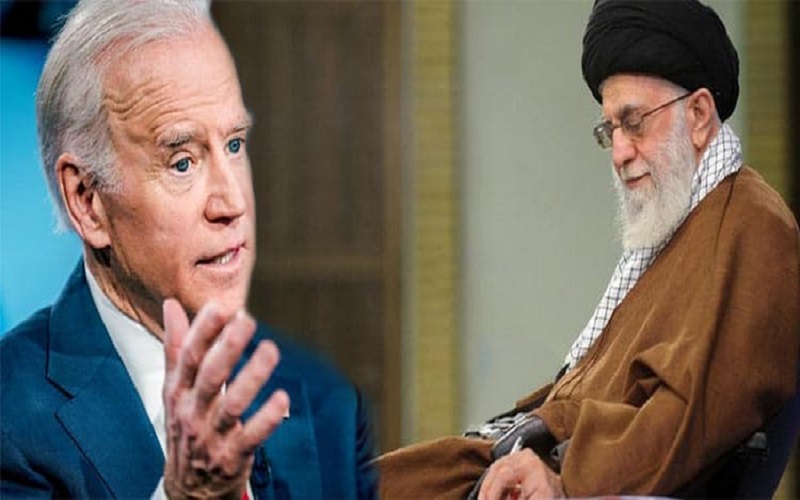 The seven signatories that make up the 2015 Iran nuclear deal, or the Joint Comprehensive Plan of Action (JCPOA) met again on Tuesday in Vienna to investigate reviving the plan after the Trump administration backed out and imposed their own new sanctions on the Islamic Republic. European signatories have relayed proposals between the American’s and Iranian’s who remain polarised, avoiding direct communication, The National Council of Resistance of Iran (NCRI), and the People’s Mujahedin of Iran (PMOI / MEK Iran), reports.

The detached diplomatic style seems to underline the notion that these proceedings will be long drawn out, possibly spanning the Iranian presidential election in June. The US government has seen to promote this idea, with officials noting that they are not expecting a breakthrough.

The two sides remain at a staunch impasse, both unwilling to act first in returning to the full implementation of the JCPOA. Tehran possets that it will not reverse any violations until the US has resumed its participation in JCPOA and suspend its own sanctions.

The US administration has taken the polar opinion, however, suggesting that sanction relief will only arrive after Iranian Uranium enrichment is decreased, the nuclear stockpiles are also reduced, and they demonstrate a willingness to comply with the provisions of the deal. Washington seems less enthusiastic about this position. Tehran on the other hand has taken this as a nasty surprise, hoping that the passing of the presidency from Trump to Biden would see a reversion to the policy seen during the Obama administration.

This expectation has not materialized; the US State Department voiced the reason for this that before the Vienna meeting, it was assessed that Iran has changed considerably since 2015 and a new approach was needed. This is most likely in response to the widespread unrest which exposes the regime to more vulnerability.

The unrest was defined by a series of the uprising, including the November 2019 uprising in response to a fuel price hike. This uprising saw the Iranian Revolutionary Guard Corps open fire on a crowd, killing around 1500 Iranians. This spurred demonstrations in January 2020, ahead of the coronavirus pandemic. Reuters confirmed in a special report on December 23, 2019, about the deadly crackdown on November nationwide protests in Iran the death toll of 1500 that was announced by the People’s Mojahedin Organization of Iran (PMOI) on December 15, 2019.

Biden shows a want to return to the JCPOA, while his administration is finding it hard to ignore the valuable leverage left by Trump’s administration. This has allowed European allies to see the same potential for making intensive demands of Iran.

Tehran has made a concerted effort to force the Western world into giving it more concessions, regardless of what the wealth funds. In February, an Iranian official acknowledged that a fatwa barring the regime from getting nuclear weapons has no real weight. The regime could easily contradict this, Mahmoud Alavi says, if Western adversaries “pushed” the regime in that direction.

Iran’s nuclear facilities recently finish mechanical testing of IR-9 centrifuged, which can enrich uranium 50 times faster than devices permitted under the JCPOA. This danger may sway western negotiators to the immediate resurrection of the 2015 deal, however, this would disregard the enormity of the threat and leverage created by the US sanctions and by Tehran’s domestic unrest.

While the opposing sides in Vienna remain at an impasse, European signatories should shift their focus from re-establishing the status quo and instead strive for global security and the welfare of Iranians. Both these goals require holding the clerical regime accountable.