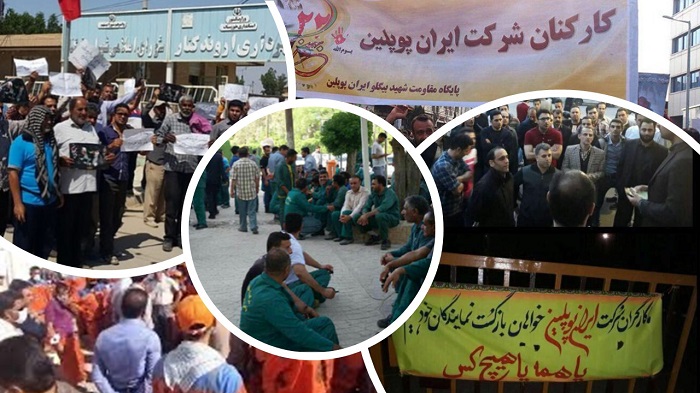 There is substantial evidence that domestic unrest is increasing in Iran again, the National Council of Resistance of Iran (NCRI), and the People’s Mujahedin of Iran (PMOI / MEK Iran) report. Mrs. Maryam Rajavi, the leader of the NCRI, delivered a speech to mark the New Persian year of 1400, stating the state media’s own assertion that “Iranian society as a powder keg that could explode at any moment.”

This can only continue to worsen as the weeks continue. Tehran continues to push for widespread public participation in June’s sham presidential election, while the Iran people push back against this obscene political theatre. This is merely a veneer that cloaks the theocratic system with a democratic façade.

“The people of Iran also want to boycott the upcoming, so-called presidential election because they want a free and democratically elected republic,” said Rajavi.

Her observations have been confirmed by reports from within Iran of anti-regime slogans in public spaces, encouraging a boycott of the faux election.

These subversive slogans saw success in February 2020’s parliamentary elections, which had the lowest level of public participation in the regime’s 40-year history.

Tehran’s last remaining claim to democratic legitimacy relies on the concept that elections present Iranians an actual choice. This concept held no weight with the thousands of protesters throughout the country from December 2017 onwards.

During this uprising, Khamenei spoke, acknowledging that the MEK helped popularise these “boycott” slogans. They homed in on growing anxiety within the regime about organized resistance.

This anxiety was highlighted by the regime’s near-hysterical response to the second uprising. The Islamic Revolutionary Guard Corps (IRGC) opened fire on protesters killing 1500 after Khamenei ordered the uprising be controlled by any means necessary.

The interior ministry under-reported the casualties as 200 and tried to distance them from the IRGC. These claims can be thoroughly ousted however by the many eyewitnesses that surfaced afterward. The MEK first presented the legitimate 1,500-person death toll, which was later confirmed by Reuters.

Protests were held due to concerns about coronavirus after the sham elections and it seems likely to repeat in June as recent weeks have already seen unrest.

The Iranian people’s concern over the pandemic has not lessened, and as the deadly “fourth wave” creeps through Iran, Tehran continues to downplay the medical crisis.

After significant analysis by the MEK, the Iranian coronavirus death toll sits at around a quarter of a million; almost four times higher than the regimes Health Ministry claims. Iranians seem resigned to the fact that the regime will not do anything to rectify or address this crisis, lest it affects the mullah’s grasp on power.

The international community seems to be wary of expressing any political dissatisfaction with the theocratic dictatorship that seems indifferent to its people suffering, regardless of whoever holds the position of “Supreme Leader”.

This should change before the falsity of the presidential election happens and the wave of protests inevitably swells. Protests will continue without international support however the hope that could be garnered in the Iranian people, feeling as though the international democratic community was on their side would be a powerful force against the regime.