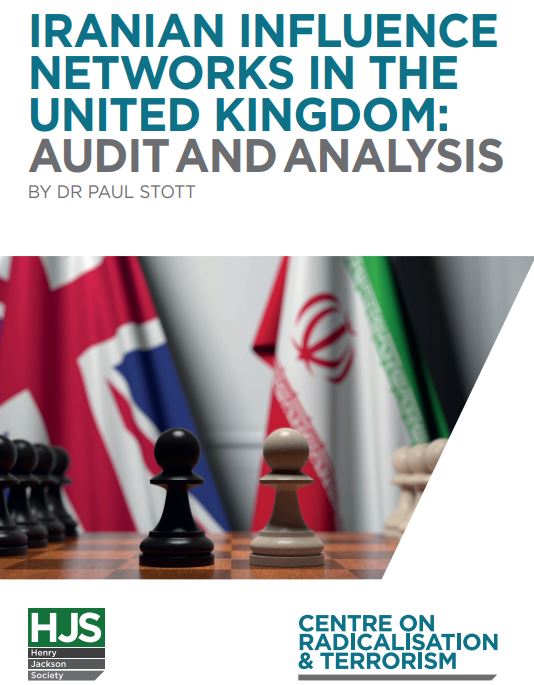 The Henry Jackson Society, a London-based think tank, released a 60-page report on Monday that outlines some of the techniques used by the Iranian government to spread its own rhetoric and undermine Western policy through the media, relying on a channel of fake news websites with a facade of legitimacy.

Those techniques are aided by the network’s access to so-called experts in Iranian affairs, counterterrorism, and other fields, who have well-established connections to Iranian intelligence services and continue to benefit from the sham legitimacy they have acquired through previous publications, media interviews, and professional positions.

A few of these personalities have been exposed in ways that ended in their conviction or censure throughout the years, but many have continued to receive positive coverage from some media channels despite repeated complaints from Western intelligence services and opponents of the Iranian regime.

Kaveh Lotfolah, a Massachusetts political scientist who was charged in a U.S. federal court in January on allegations of regularly violating the Foreign Assets Registration Act through his service to the Iranian regime, is one of the most notorious cases.

He reportedly received more than a quarter of a million dollars in financial compensation from his Iranian operatives over a 13-year period for pushing pro-regime rhetoric through reputable sources, including assisting a member of the US Congress in drafting a letter to the White House imploring support for a policy favorable to Tehran on at least one occasion.

The demonization campaign targeting Iran’s main opposition, the National Council of Resistance of Iran (NCRI), and the People’s Mujahedin of Iran (PMOI / MEK Iran), is one field in which the Iranian regime has been highly active for years using similar techniques.

In this regard, Ambassador Adam Ereli, former US Ambassador to Bahrain, said on the third day of the NCRI’s ‘Free Iran Global Summit’:

“The MEK efforts have been instrumental in exposing this conspiracy of terror by the government of Tehran over many, many years. And you’ve had, I think, some very important successes in disrupting the Iranian regime’s terrorist activities. And that’s why, again, not only have they tried to destroy you in Iran, they’ve also tried to discredit and demonize you outside of Iran,” he added.

Prior to his detention, Afrasiabi shared multiple publications with Trita Parsi, the founder of the National Iranian-American Council, who has been regularly condemned by Iranian dissidents and several US senators for acting as an Iranian regime propagandist.

Several US Senators reiterated this condemnation in a letter to the Department of Justice last year, claiming that “NIAC’s innocuous public branding masks troubling behavior” and that its “relationship with the Iranian regime and its role amplifying regime propaganda in the United States have been the subject of discussion in Washington D.C. for years.”

As long as Western powers remain silent, reports like the Henry Jackson Society’s will continue to be published, drawing attention to the prevalence and potential implications of Tehran’s deceptive influence, and thus underscoring the need for more than sporadic, individual prosecutions and the closure of websites and social media accounts that will inequitably harm the Iranian people.