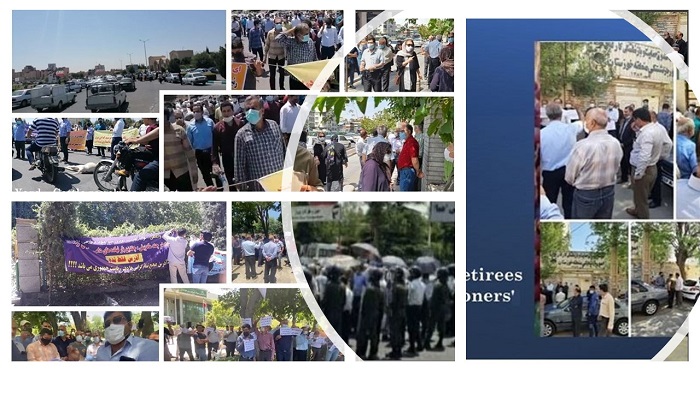 According to the report by The National Council of Resistance of Iran (NCRI), and the People’s Mujahedin of Iran (PMOI / MEK Iran) strikes by Iranian oil employees, which began on June 19, continue. Striking employees are seeking better wages and working conditions as the economy continues to deteriorate as a result of government corruption and the regime’s inadequate reaction to the Covid-19 outbreak. (PMOI / MEK Iran) and (NCRI): announced on Tuesday, July 6, 2021, that the Coronavirus death toll in 547 cities had passed 323,800.

The worsening economic conditions have caused rampant inflation a rise in the prices of goods.

Meanwhile, like many other sectors of the Iranian economy, oil and petrochemical workers have seen no significant increase in their wages, and they are struggling to provide the most basic needs of their families.

The protesters stressed that they will continue their strike and will further expand them if their demands are not met.

The workers of Arta Energy’s petrochemical plant in Ardebil joined the nationwide strike on Tuesday.

On the same day, workers at the Parsian Gas Refinery in Lamerd, Fars province, voiced their support for the strikes and echoed the requests that have been repeated by hundreds of workers around the country.

Also on Tuesday, workers at Lordegan’s petrochemical company joined the strike. A group of 200 Gama employees in Jask and Sadaf Jahanpars, Goharzamin in Sirjan also joined the walkout.

The National Shop Stewards Network, based in the United Kingdom, has recently proclaimed its support for the widespread strikes by Iranian oil, gas, and petrochemical employees. In a statement, the union emphasized the need of responding to workers’ demands, including granting permanent contracts, raising wages, and improving work and leave conditions.

The oil and gas sector is not the only area of the Iranian economy where protests are taking place. Retired employees of the Tehran bus business (Sherkat-e Vahed) staged a protest march in front of the company’s headquarters on Wednesday.

For months, the retirees have been repeating their demands, but regime officials have refused to address their problems, which include unpaid experience bonuses, employment insurance fees, and the reluctance to pay their portion of the Tehran Municipality fund. 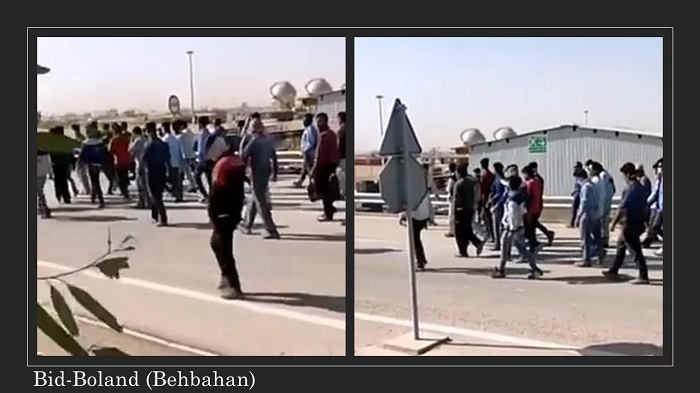 (NCRI) and (PMOI / MEK Iran): The oil and gas sector is not the only area of the Iranian economy where protests are taking place.Workers at the Sepahan Cement Factory in Isfahan staged a rally to protest the dismissal of a group of their co-workers. These employees were dismissed by the corporation because they had participated in protest rallies the week before.

The government hopes to discourage other workers and prevent them from protesting to protect the funding source of their malign activities.