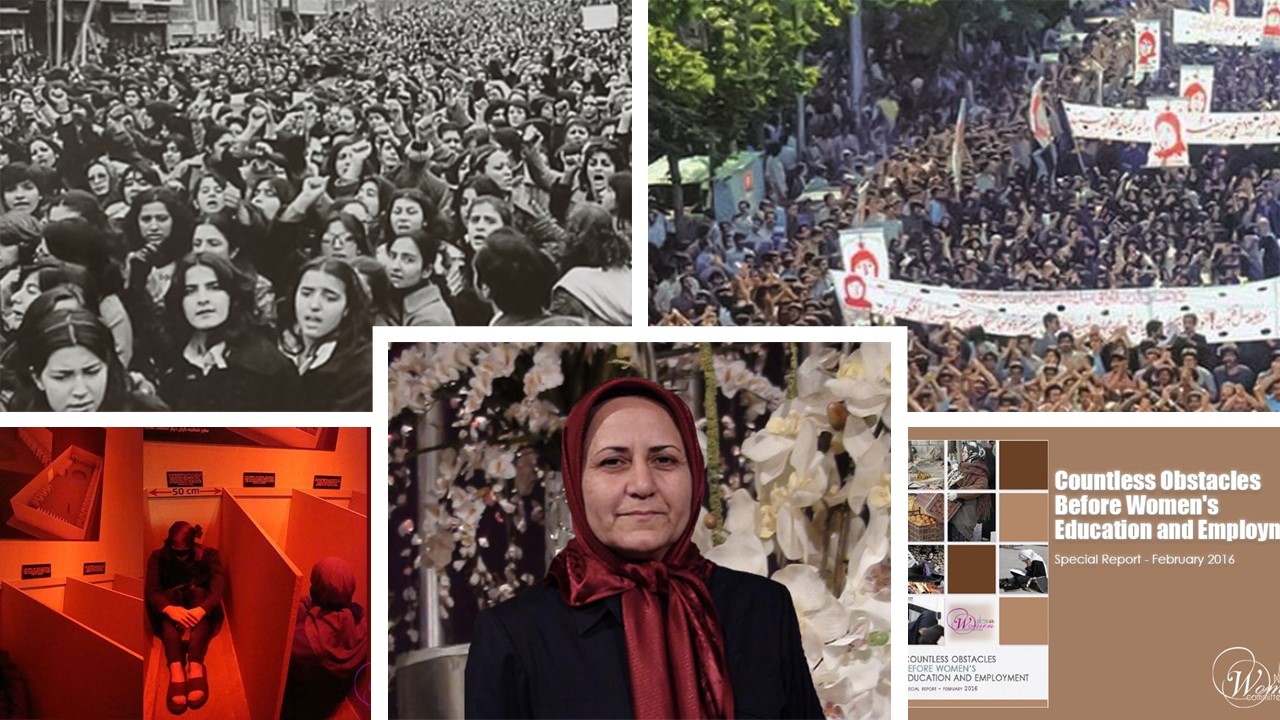 Maliheh Moghaddam was born in Tehran in 1959, and graduated from the College of Applied Chemistry reports the Women’s Committee of the National Council of Resistance of Iran. Moghaddam furthered her education in England but returned to her country, fearing the deterioration of Shah’s dictatorship. Once back in Iran, she continued her education in the field of metallurgy at Tehran’s University of Science and Technology until the coup and Khomeini’s 1980 mandated university closure.

Moghaddam heard about the PMOI at 18 years old, from her brother Mohammad who was a political prisoner during Shah’s regime; “Mohammad first announced to me that he was a member of the People’s Mujahedin of Iran (PMOI / MEK Iran)…I became more familiar with the organization in 1978 at a time when anti-monarchy protests were on the rise and the political climate allowed any activist or student to get acquainted with various political groups.”

Moghaddam has a book called The Real Boundary of a Dream, in which she outlines how Khomeini came to power and his implementation of torture and imprisonment. In this excerpt, she outlines the suppression of women’s rights.

“Gender discrimination and misogyny were the basis of such mentalities and hence Khomeini’s policies; as if women were incompetent in intellectual capacities. As a woman, it was very important for me to realize that I could not pursue my rights and unless through an all-out struggle.”

Arrested in November 1981, she recalls, “IRGC (Iranian Revolutionary Guard Corps) patrols were generally arresting young people…they were searching for any connections one could have with the PMOI. I was transferred to a Police Station in Saadabad and spent 10-12 hours under interrogation and eventually taken to Evin Prison in the middle of the night.”

Discussing the treatment and conditions of Women in Evin Prison is thoroughly explored in her book. Moghaddam described horrific scenes she saw in prison; “All along the corridor, there were women lying on the floor whose feet were drenched in blood. Each passing by guard would kick their already torn apart feet to make way for themselves.”

As to how she imagined freedom and what she wished for during her incarceration she said; “I wished to destroy every prison and put an end to torture and killing; I wished for freedom of the Iranian people.”

Following the Mojahedin’s revelations, protests of parents and families of prisoners, and the internal conflicts between Montazeri and Khomeini, a delegation was sent by Montazeri to assess prison conditions. Political prisoners were transferred to general wards and the cage and residential unit (two horrific torture chambers) were closed.

Maliheh says, “I was part of the last cohort of prisoners who were taken from Evin to Ghezel-Hesar prison to be tortured in the residential unit… transfer coincided with these incidents and so, I was held in the punishment ward 7… I was transferred to the public ward 4 where I was severely sick. A number of prisoners…were nominated and issued a warrant to leave prison for a few days to seek medical treatments… Farangis Keyvani (martyr of the 1988 massacre) and Zahra Falahat-Pisheh (another martyr of the massacre) told me not to refuse this opportunity.”

Maliheh attributed the success of her escape to the efforts of her colleagues, who utilized their love and admiration for Mojahed women and helped her join the Mojahedin’s bastion. The brave Mojahed compares the resistance with the current rebellious climate and says,

“Nowadays when I hear about the ongoing uproars, how my dear sisters and brothers filled with resilience, hope, and altruism, continue to play an important role in keeping the flames of people’s uprisings.

It reminds me of those who, in the earlier days of the resistance to Khomeini’s repression, accepted all the risks and chose selflessness and are now the pioneers of today’s generation. I salute them all and praise their courage!”