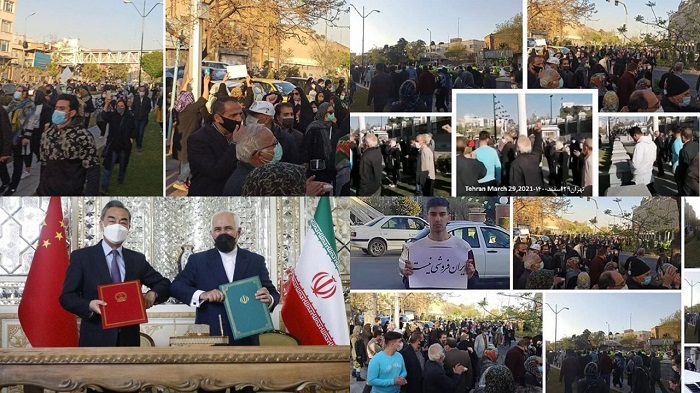 Even before the Iranian people were struck by the coronavirus pandemic, severe economic downturns and public unrest had put the government in a vulnerable position. The National Council of Resistance of Iran (NCRI), and the People’s Mujahedin of Iran (PMOI / MEK Iran), reported that Iran has treated the public health crisis in a peculiar manner, and much of the international community remains oblivious of the size of that mismanagement.

In Iran’s 83 million people, the Health Ministry reports that 60,000 people have died from Covid-19, but independent assessments estimate that the real figure is four times higher.

The National Council of Resistance of Iran (NCRI), and the People’s Mujahedin of Iran (PMOI / MEK Iran), reported that the coronavirus death toll in 533 cities surpasses 242,700.

In reality, as the gravity of the crisis became evident around the world, Iranian officials encouraged and even forced government workers and ordinary people to participate in public ceremonies of the regime’s 40th anniversary.

Since they took place in the shadow of at least three national uprisings, strong attendance at those events was critical to state propaganda.

The largest of these, in November 2019, was violently put down by the Islamic Revolutionary Guard Corps, which opened fire on crowds of demonstrators, killing over 1,500 people.

The massive massacre stood alone as a prime example of the regime’s willingness to ignore people’s lives in order to crush opposition to the ruling system. When government officials announced that they would be drastically raising gas prices at a time when more than half of the population was already living in poverty due to rampant currency inflation and a worsening pattern of corruption among state-linked institutions that dominate the Iranian economy, protests erupted across nearly 200 cities and towns.

More than half of Iran’s gross domestic product is managed by companies owned entirely or partially by the Revolutionary Guards.  Most of the country’s remaining wealth is managed directly by the supreme leader, who is the head of a series of so-called religious foundations that have amassed hundreds of billions of dollars in assets while offering no support for the impoverished individual.

Even after Iran’s coronavirus outbreak was acknowledged as the worst in the Middle East, none of the available assets were made available for Iranians to survive while avoiding high-risk workplaces.

The signing of a 25-year economic cooperation agreement with China, which was recently announced, suggests that regime authorities have further abdicated their responsibility for the national economy. That agreement effectively involves Tehran relinquishing ownership of major industries, areas, and projects in return for a short-term cash influx that will almost certainly end up in the hands of the institutions tasked with maintaining the clerical regime’s grip on power.

The agreement is clearly an auction of the Iranian people’s assets and wealth, and some regime officials have compared it to the Turkemenchay Treaty of 1828, in which Iran’s Qajar dynasty ceded control of large vast areas of the country’s north to Czarist Russia.

Faced with increasing international isolation and growing challenges to Western policies that have been criticized for appeasing Tehran, the regime seems to have decided that economic reliance on China is necessary.