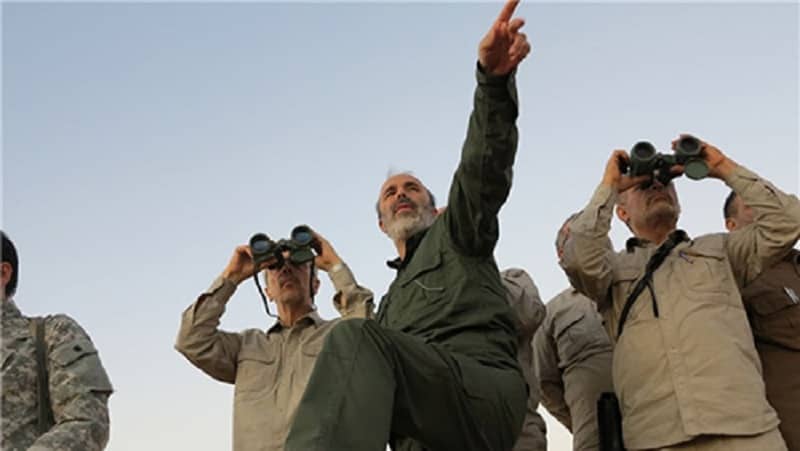 The National Council of Resistance of Iran (NCRI), and the People’s Mujahedin of Iran (PMOI / MEK Iran), the Islamic Revolutionary Guard Corps (IRGC) issued a statement on 18 April announcing the death of the head of the organization’s foreign special operations division, the Quds force. It noted that Brigadier General Mohammad Hosseinzadeh Hejazi was died of “heart disease” however this was immediately doubtful. The doubts were bolstered by the circulation of a message from the son of another dead IRGC commander on Twitter:

“I just want to say that the cause of death was not a heart condition. My leader, this soldier of yours [was] sacrificed for you,” wrote Muhammad Mehdi Hemmat. “I offer my condolences; I also sacrifice myself for you.”

It can be deduced that the IRGC and the Iranian regime are lying about the death to cover up information that could damage the regime.

Hejazi was an important figure in the regime’s malignant foreign activities before and after becoming the deputy leader of the organization. He was the commander of the IRGC-run civilian paramilitary, the Basij from 1998 to 2007. From 2008 to 2009 he served as the deputy head of the IRGC and assumed a leading role in the suppression of protests.

From 2011, Hejazi cemented himself through crimes against civilians as he coordinated assistance to the Assad Regime during the Syrian Civil War. After Brigadier General Esmail Qaani was promoted to replace Soleimani, Hejazi assumed the deputy leadership of the Quds.

Regardless of the genuine case of Hejazi’s death, it would’ve been justified as was the assassination of Soleimani. Hejazi’s replacement Brigadier General Mohammad Reza Fallahzadeh also found prominence through the Syrian Civil War, committing various crimes under Soleimani’s commanding, earning the nickname Abu Baqir.

He served as governor of Yazd from 2007-2023 before leading Quds forces operations in Syria and becoming deputy coordinator. In Syria, he committed various human rights offenses, which he admitted to in comments to fellow regime officials.

Fallahzadeh was the IRGC’s deputy in command in Syria and some have suggested he was an integral commander at the battle of Aleppo, which decimated Syria’s second-largest city.

He sat alongside Hossein Jaberi Asari, the senior assistant to Iran’s Foreign Minister and the official representative of the Iran government in discussions about Syria, during the “Astana talks” in Kazakhstan. Fallah Zadeh was introduced to this discussion as an advisor to the foreign minister, despite his lack of ministerial position and false representation of paramilitary interests.