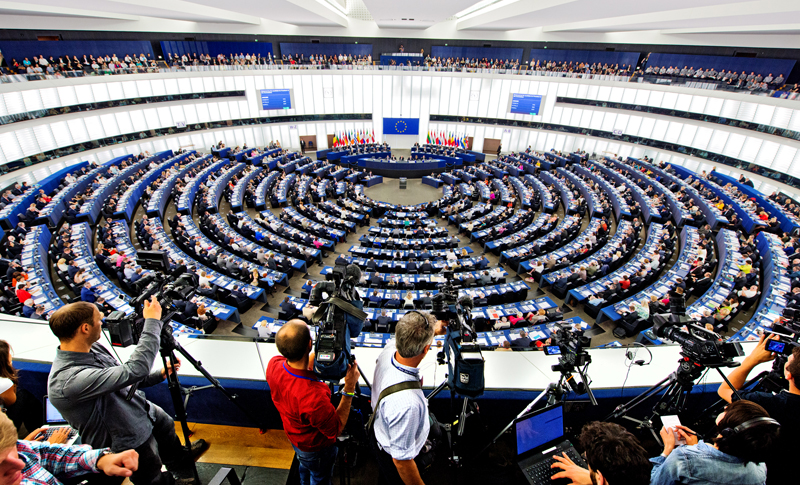 Members of the European Parliament (MEP) of different countries, recently signed a statement imploring their governments and the EU to “comprehensively reassess” their policies towards Iran. Criminal activities in Iran and abroad, perpetrated by the regime are motivating this. The absence of more assertive action by the EU is implied in the statement, which is continuing the risk of these activities reoccurring.

This sentiment was echoed by the reference to an Amnesty International report, published last year that identified “at least 23 children killed by security forces” during protests of November 2019. The death toll from the uprising surpassed 1,500, with causalities mostly being caused by the Islamic Revolutionary Guard Corps (IRGC) opening fire on a crowd.

Amnesty International then reports in September 2020 that the participants of those protests are being subjected to torture in detention facilities. The National Council of Resistance of Iran (NCRI) has revealed that at least 12,000 peace activists were arrested during the unrest.

The November uprising was predated by economic protests at the end of 2017, that spread and took on a broader political message, described in chants such as “death to the dictator”. The Supreme Leader Khamenei attributed these sentiments to the organization efforts by the People’s Mojahedin Organisation of Iran (PMOI / MEK Iran).

There was a notable public response to Maryam Rajavi, the president of the NCRI’s call for a “year full of uprisings” in the wake of the initial movement. This was alarming to Tehran, seen in the manner of repression they employed for domestic dissent, but also in its re-doubled attempts to undermine foreign support for the NCRI.

This was given as much weight as Tehran’s domestic human rights abuses in the statement from European lawmakers. The worst of these attacks was directed at the gathering of officials organized by the NCRI near Paris in June 2018. This plot was organized by high-ranking diplomat-terrorist Assadollah Assadi, during his term as the third counselor at the regimes Vienna embassy. Assadi smuggled explosives on a commercial flight in a diplomatic pouch before handing it to co-conspirators tasked with getting it as close as possible to Rajavi.

The initiative had been directed by high-up officials in the regime. The NCRI attributes the plan to the Supreme National Security Council, which is intended to coordinate foreign policy. The Foreign Ministry especially could not claim ignorance of Assadi’s goals.

The MEPs insist Tehran should be isolated economically and diplomatically, with emphasis directed towards reform. The statement implored colleagues in western governments and industry to “condition any economic or trade relations with the Islamic Republic of Iran on the improvement of the human rights situation in Iran, an end to the regime’s terrorism on European soil, an end to its illegal nuclear and missile programs, and an end to its war-mongering in the region.”

The statement speaks to the fact that the IRGC and elements of the government “disguise themselves as diplomats, journalists or businessmen” to commit terrorism. MEP’s believe the IRGC and the government should be classed as terrorists while Iranian backed “religious” and “culture” centers.

The MEPs confirm that the Assadi case is symptomatic of a problem in Tehran’s diplomatic influence, where they threaten exiled Iranian dissidents, European Citizens, and Western interests.