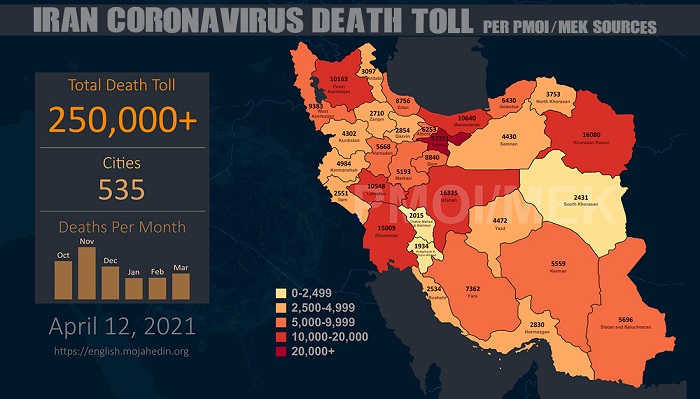 Because of the effects of the Covid-19 epidemic and the spiraling economy, many Iranian children have had to drop out of school.

The National Council of Resistance of Iran (NCRI) and the People’s Mujahedin Organization of Iran (PMOI / MEK Iran) reports that on April 2, Behrouz Mohebbi, a member of the regime’s parliament, spoke about the 30-40% drop out rate in Iran.

According to Mohebbi, one of the reasons for dropout among students is “missing proper infrastructure for students to use software and internet to continue their education online.” This sees many dropouts across the provinces.

The state-run Arman Daily wrote on April 3 that “one of our society’s issues is the situation of those students who had to quit studying because they did not have access to tablets or smartphones. The educational situation of 6 million students stays in limbo.”

Many experts believe that the actual number of dropouts has not been accounted for and will be higher than reported. In Khorasan Razavi province, 40,000 students have dropped out, showing a 300% increase of school dropout in this province alone.

On 10 October 2020 in Dayyer, Southwest Iran, an 11-year-old boy, Mohammad Mousavi took his own life as he could not afford a smartphone on which he could continue to attend online classes.

A regime’s MP said in September 2020 that according to the Ministry of Education, 3.5 million children could not access the “Shad” learning app as they did not have access to the internet or smartphones.

The exponential rise in school dropouts in Iran is not solely due to the effects of Covid-19. Since mullahs seized control of Iran in 1979, millions of children have had to abandon their education due to poverty. Poorer students are often mistreated and can become drug addicts.

Iskander Momeni, Secretary-General of the Anti-Narcotics Headquarters, addresses this phenomenon in January saying; “a careful survey was conducted in the target community, and the result was that 90% of students who drop out suffer from one of the social ills such as addiction,”

Thousands of children to the frontline

Due to the regime’s inhumane policies, unlike students in other parts of the world, Iranian students are not part of their countries future. During the Iran-Iraq war, the Iranian regime sent thousands of children to the frontline to use them as “one-time” child soldiers to wipe minefields.

The mullah’s regime has seen thousands of school-age children executed since the 1980s and has continued harming Iranian students in recent years by depriving them of their basic human and child rights to have a free and complete education.

The plundering of national wealth

Whilst there are millions of dropouts, those in the education system are continuing their learning in a difficult environment which could lead them to abandon their education sooner or later.

Money is funneled into the support of Hezbollah, weapons for Hamas and the Islamic Jihad, and the regime’s officials live luxuriously. On 2 December 2020, Reuters revealed that the regime has spent “$600 million” for the “expansion at the Imam Hussein shrine”.

This is why Iranians are heard chanting in their protests, “our enemy is right here; they lie it is the U.S.”