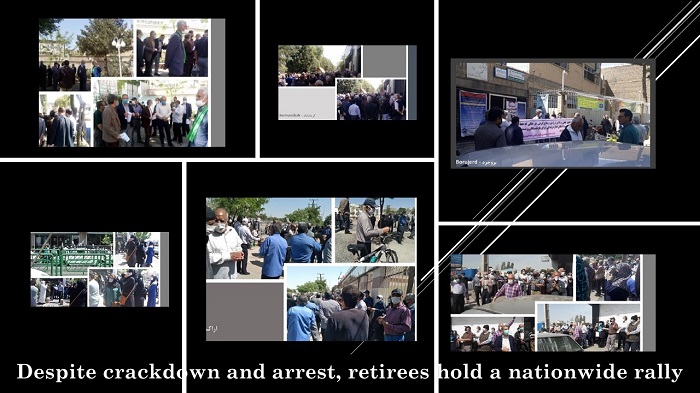 Protests are accelerating in Iran and expectations of nationwide unrest grows. Regime officials and opponents also see this unrest. Since the first in many mass uprisings in December of 2017, Tehran has warned about the growth of influence of the leading pro-democracy group, the People’s Mojahedin Organization of Iran (PMOI / MEK Iran). Iranian people have been steadily defying the warnings against that influence as the movement for regime change has been in dormancy during the pandemic.

The president-elect of the National Council of Resistance of Iran (NCRI), Maryam Rajavi speculated on this period of inactivity in a speech marking the new Persian year in March, saying the inactivity would not last long.

It is likely that the effects of initial uprisings would have continued into 2020 and more recently if not for the ravagings of coronavirus. Iran has suffered extremely badly through the pandemic and the regime has adopted a hands-off policy to public health, hoping the spread of infection would prevent people from gathering to protest.

Lockdowns were imposed in Iran after an initial period of disinformation; however, they were weak and badly enforced. Simultaneously the regime’s dismissive economic policies made it nearly impossible for most Iranians to be locked down as they had to work to avoid homelessness or increasing poverty.

The NCRI has emphasized hundreds of billions of dollars in financial assets that the government could have utilized. Nearly all these funds remain in reserve for later use in self-serving moves such as Islamic Revolutionary Guard Corps-led interventions in nearby conflicts, instead of assisting the Iranian people during the pandemic.

Since the inception of 2021, the most committed protestors of this sentiment have been Iranian pensioners and retirees. Many of these people are unable to work while others are firmly in abject poverty with well over half of the Iranian civilian population. Their protests have taken place across major cities and towns, despite being more staggered and loosely connected than the uprisings of 2017 and after.

Other groups have rallied with the pensioners due to their condition in the regime’s economy. Dissenters are poor, rural farmers to investors, formerly of Iran’s shrinking middle class.

Farmers have had their needs marginalized through deprivation of water rights. Investors have been protesting over the government scheme to flood the market at the apex of the pandemic.

Government and well-connected officials were able to profit from the short term while new investors were plundered.

The pandemic has demonstrated itself to be the only thing covering the regime from public outrage. With the ongoing pensioner protests and the new demonstrations for investors, farmers, and others, it can be assumed this period of rest bite for the regime is at an end. With the sham presidential election looming, demonstrations of economic grievances are taking on a broader political message.

The aforementioned groups have endorsed calls for an electoral boycott, rallied in the past by the MEK.

“Resistance Units” of the MEK in Iran have been distributing posters and slogans condemning the regime’s elections as a “sham” emphasizing the foolishness of having any faith in the regime to end the country’s economic, political or public-health crises.

By boycotting the election, the Iranian people are making it clear that “my vote is for regime change”.