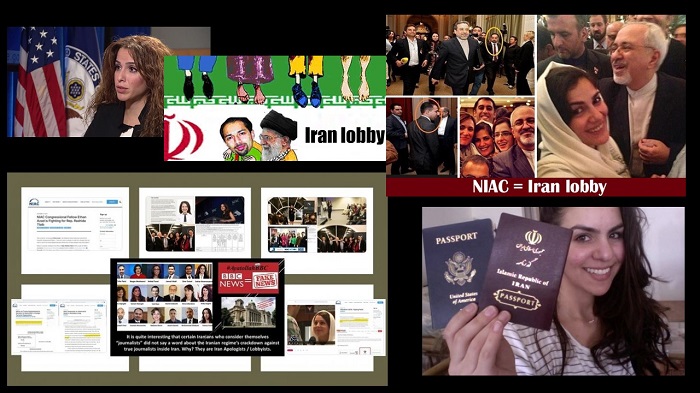 Since the Islamic Republic of Iran’s government was formed in 1979, Americans of nearly all political leanings have viewed it as hostile and threatening. A poll in America on Iran found that 88 percent have a “very” or “mostly” unfavorable view of the country. A 2019 poll revealed that 93 percent of Americans saw Iran’s development of nuclear weapons as a “critical” or “important” threat.

The anti-American, #terrorist-supporting, #humanrights-abusing regime in #Iran has one DC-based organization whose views on U.S. policies are curiously similar to their own.

Since its 2002 founding, The National Iranian American Council’s (NIAC’s) vision is to get Washington to remove sanctions against the Iranian regime and to even end its military involvement in the region, including its ties with Israel and Saudi Arabia. This has drawn the attention and support of several mainly left-of-center philanthropic organizations. One is called George Soros’s Open Society Foundations, which is a multibillion-dollar concern. In 2015, NIAC launched NIAC Action, an arm of NIAC that moved into US electoral politics. The executive director, Jamal Abdi, announced that NIAC was “not lobbying on behalf of the Iranian government.”

Video proof of Kamala Harris' close ties with @NegarMortazavi & @YasmineTaeb (two ladies in red who appear to be directing this rally).

NIAC Action has since boasted the role it played in the 2016 defeats of Senator Mark Kirk (R., Ill.), whom it said was “the top Iran hawk in Congress,” and other members of Congress called “hardliners” who also lost their seats in 2018. Joe Biden is being supported by NIAC.

NIAC appears to blame the U.S., not the regime, for Iranian aggression. It messaged recently that U.S. sanctions were to blame for Iranian poverty and suffering, not the Iranian regime, even though it has spent almost $7 billion on its terrorist Islamic Revolutionary Guard Corps (IRGC) with billions more spent on other non-essentials like:

All Americans should know that #Iran's regime is infiltrating into their political system.

One Iran pawn is @SimaforTX who has ties with #Iran's regime & its lobby groups in the U.S.

Last December it alleged that attacks on the U.S. embassy in Baghdad and U.S. forces in Iraq had nothing to do with the regime-backed militias that carried out the attacks, but the fault lay with President Trump.

NIAC says that the U.S. Treasury Department’s efforts to restrict banking from Iran were “disruptive and discriminatory.” In 2019, NIAC’s president, Jamal Abdi, alluded to an Iranian regime conspiracy theory that Iranian attacks on oil tankers in the Gulf of Oman were false-flag operations “orchestrated” by the Trump administration to provide a pretext for war with Iran. These allegations were agreed upon by the U.S., the UK, Germany, and other regional allies.

No one doubts the Iranian regime’s horrific human-rights record and NIAC hasn’t denied it, but it hasn’t joined in supporting punitive measures or any other policies designed to hold the regime accountable to them. A review of 18 years of NIAC’s policy, whether social or political, reveals that virtually nothing gets in the way of its insisting that the U.S. withdraws any opposition to the regime.

This thread is a periodic reminder of #Iran's infiltration into the halls of the U.S. Congress.

At the moment on Capitol Hill, there is a thorough investigation underway of whether NIAC is lobbying for the Iranian regime or other Iranian units which is in violation of the U.S. sanction statutes, the Foreign Agents Registration Act (FARA), and other federal laws.

The American people deserve to be told if NIAC is being used illegally by an Iranian regime that promotes “death to America” and provides money for terrorism throughout the globe to advance policies that support its interests.

Trita Parsi and NIAC’s Handy Iran Experts Again: NIAC and its president Trita Parsi, who have embarked on a hysteric campaign against the People’s Mojahedin of Iran (PMOI / MEK Iran).

NIAC’s round table, Maziar Bahari and Barbara Slavin: why the US must continue to hamper and tie down the Mojahedin-e-Khalq (MEK), the main Iranian opposition movement, by inclusion in its Foreign Terrorist Organizations list (FTO).

Iran: Officials in Trump’s administration with links to Iranian regime and lobby